They Have Designs On Us

The London Design Festival and the Royal Academy Summer Exhibition are the last places you’d expect to see the chess set as the vehicle for contemporary design, but your blogger wants to keep you astride the cutting edge of the arts scene, so here's the heads up.

Remember Jaime Hayón’s neo-baroque creation a couple of summers ago? It aimed to please the eye; didn't need to know the moves to enjoy the spectacle. 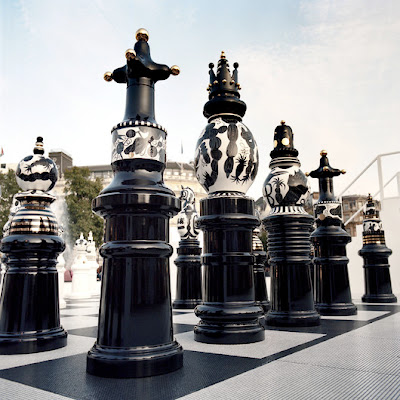 This photo, and below, from Jaime Hayón's website
His set, a grand installation referred to as "the Tournament", the centre-piece of the 2009 London Design Festival, was staged knowingly in that über-celebration of 19th Century national bombast: Trafalgar Square. Your critic had a ring side seat, and then some; no turning a blind eye here - ho, ho! 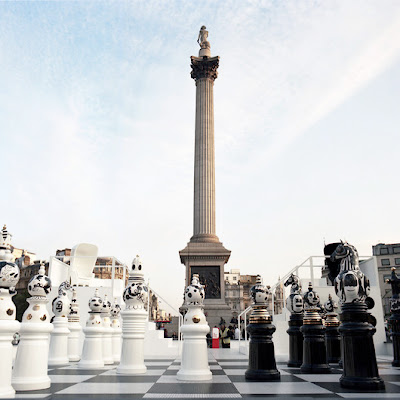 A year later we spied this at the Royal Academy Summer Exhibition, by Chee-Kit and the team at the Mobile Studio. 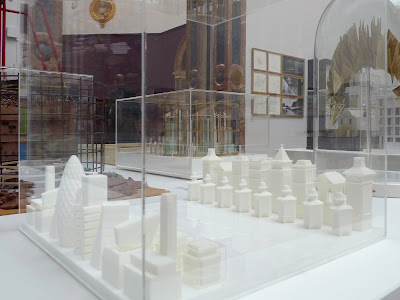 Mobile Studio ©
Like Jaime Hayón, and indeed rather more obviously so, the reference is to London's landmark buildings. But here there's no play today; just a metaphor on view.

The parties are the traditionalists and the modernists. It’s "Style Wars" and it’s a white-out (although for their camp the traditionalists might have favoured a hint of Royal Purple). No victors are envisaged. This set teased the mind; no need to know the moves to relish the argument.

Another year on, and at the London Design Festival 2011 "Style Wars" is/are here again – The Next Generation, maybe… 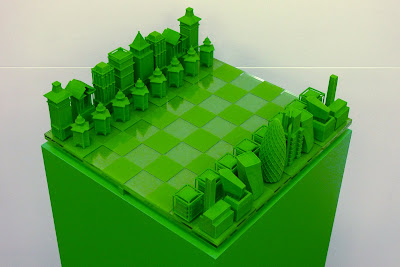 Mobile Studio © September 2011
…but now saturated colour floods the set, and as before, both sides get equal treatment.


"There are nine new sets - this time in full colour. The uniqueness of this series is that it uses full-colour 3D printing which is commercially relatively new. And the boards are colour matched and have a new trompe l'oeil effect too using multi-layered printed acrylic. All the sets are still in the spirit of mono-colour in game playing (not taking sides) like the Yoko Ono piece..... 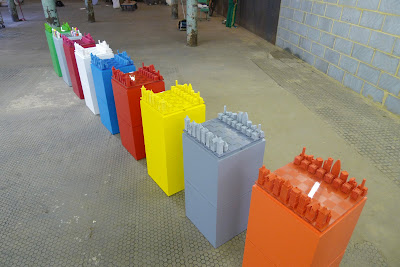 …….and we also made one in multi-colours which is a nod to pop artist Michael Craig-Martin's work.” 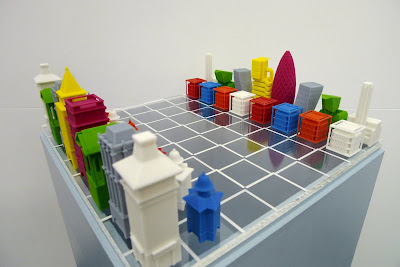 Mobile Studio © September 2011
Stunning sets, with all that juicy colour (though the cool grey does it for me). And there's no getting away from it: the contemporary London skyline does look like one big game of chess...

Compared with which Paris, for example, she of the regulated roof-line and les grands boulevards... 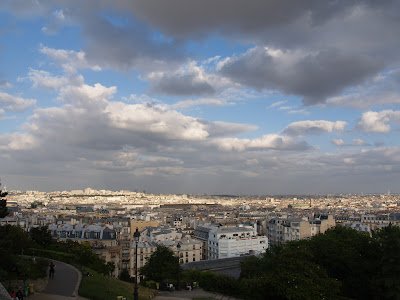 Photo from existentialist hero on flickr
... evokes another vertically-challenged near-neighbour of ours: 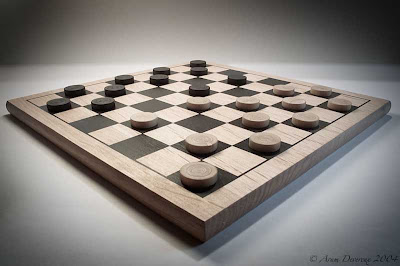 We have games for them.

The chess sets were on display last weekend here. No Chess Club in London should be without one. Hurry while stocks last. POA!