This is the end X 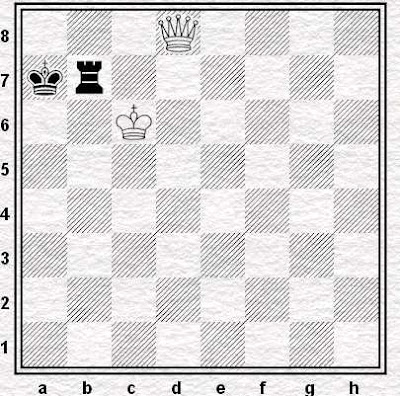 I met up with Angus at I Love Coffee on Streatham High Road again last Friday afternoon. It’s become a bit of a regular fixture. A drink (tea for me – I don’t love coffee), perhaps a custard tart and two or three hours of studying endgame positions.

This week’s topic was queen versus rook. Has anybody out there had this in a real game? I found it absurdly difficult. Sure, there's only a king and a single piece each, but they're the most mobile pieces on an open board so there are still dozens of options each move. Finding the right path - even in what pass for the simplest positions - is next to impossible at first.

Where to begin with this ending? How to do a Svidler and go from this,


Curiously, de la Villa doesn't include queen against rook in his otherwise very good 100 Endgames You Must Know.  Your choice is Nunn's comprehensive, but tough to digest, Secrets of Pawnless Endings or something less dense, but infinitely more accessible, like Nick Pert's Killer Endings (review part I, II). For those just starting out, by the way, my suggestion would be the latter and move on to the former as and when the need arises. 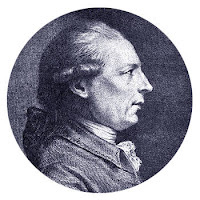 Angus and I started, as is usually recommended, with the Philidor position - the set-up you see at the head of today's blog. Black to move loses so White's first task is to work out how to triangulate in order to return to the same position except with Black to play. The second step is to calculate the win, either delivering mate or winning the rook, against all of Black's tries. Most of them are rather straightforward - for example, against 1 ... Rb2 or 1 ... Rg7 White has an immediate fork with 2 Qd4+ - but some are pretty tough, especially if you haven't looked at this sort of position before. 1 ... Rf7, 1 ... Rh7, 1 ... Rb3 and 1 ... Rb1: they're the moves that are the hardest to break down.

Angus and I got there in the end and then moved on to some harder positions although nothing like Gelfand - Svidler (mate in 22 from the starting position; mate in 14 at the point Gelffie claimed a draw under the fifty-move rule) or Svidler - Howell (mate in 15 from the starting position). It was hard work, and I don't know what the chances are of either of us ever getting this ending in a rated game, but we improved my chess knowledge a little bit which can't be a bad thing.

Tea, custard tarts and a little bit of chess learning. What's not to like?

Now you just have to hope that the ending shows up in your games in the next couple of months before you forget everything you learned about it.

Try working out rook and bishop v two knights. That will get you on to the coffee all right.

'Has anybody out there had this in a real game?'

Yes - John Shaw v Jack Rudd in the last round of the 2003 British. The Scottish IM (as he was at the time) knew how to win it.

I remember the game - and yes you did win. You sure it ended with Q v R? Very possible. Justin once did a post on an event I called "unlikely" in the comments ... and it turned out to come from one of my own games.

Dfan:-
As long as my opponent has the decency to position their king and rook in the corner, all should be fine.

JR:
R&B v R is more than too much enough for my brain. Pretty sure I it would combust if it had to cope with knight moves too.

I had this ending in the Lloyds Bank Masters. My opponent didn't know how to win it. I knew how to best defend. Good job they had adjournments, so he could win a position he was otherwise unable to.

I know someone who had this at Lloyds Bank Masters. Their opponent found the best way to defend. The game was agreed drawn after two adjournment sessions...