Nightmare over for The Riddler 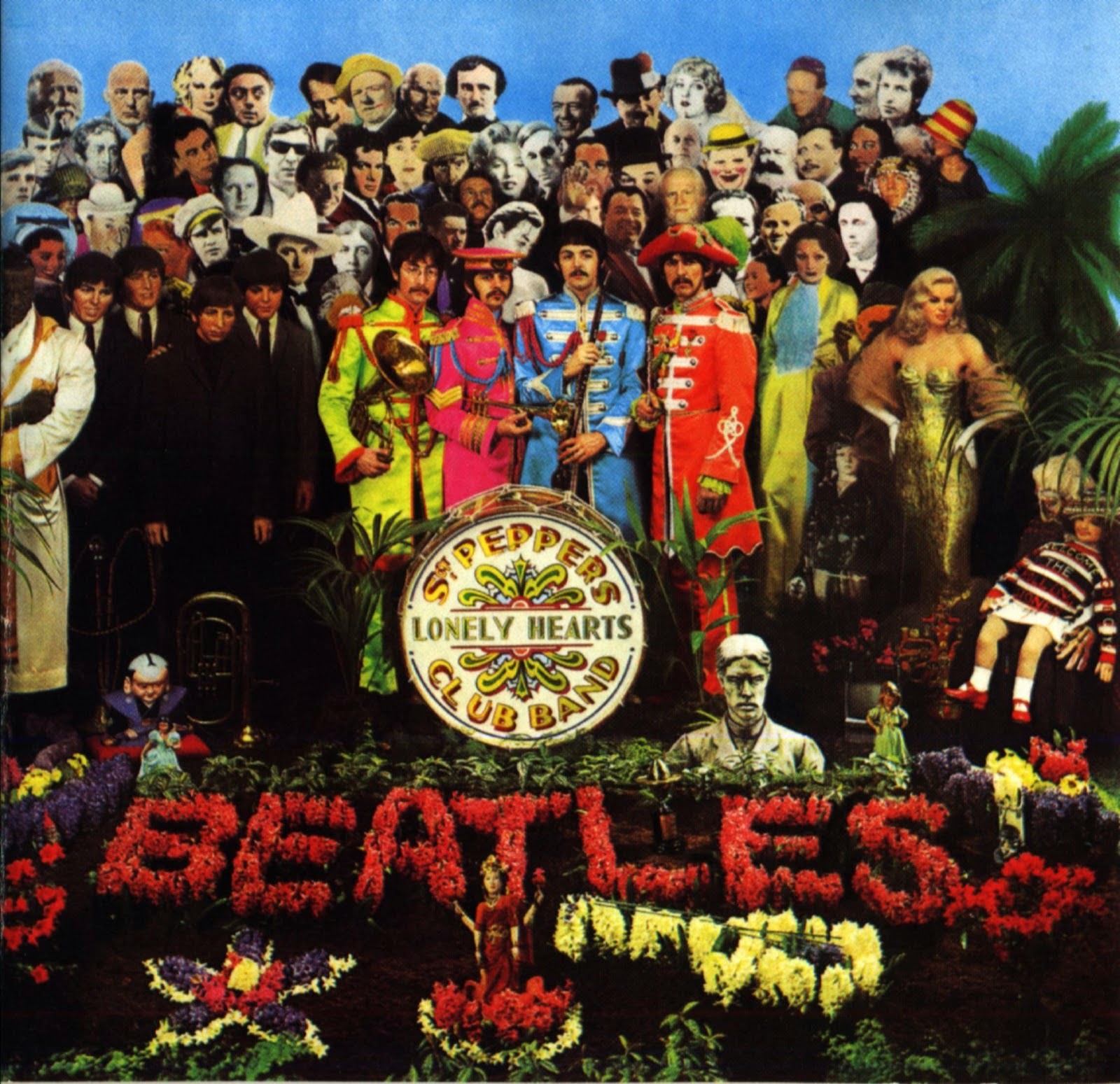 “Not guilty.” That’s what the jury said. The judge's direction was to dismiss the allegation, the prosecution having decided to offer no evidence at all after some of what they had intended to present to the court had been ruled inadmissible. Colin English had been held in custody for eighteen months awaiting trial for the killing of Therese Terry. Twenty years ago today he walked out of Liverpool Crown Court a free man.

This failed prosecution from so long ago is of interest to us because the quashing of the murder charge brought an end to much more than English’s imprisonment. The collapse of the trial also put a stop both to a book that a certain Raymond Dennis Keene was intending to write* not to mention his suggestions that the Prime Minister should draft in a think-tank of chessers to help tackle the issues of the day. What it didn’t kill off, however, was the myth that had grown up around the case. 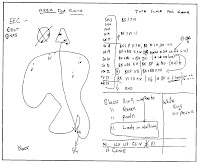 The Black Queen Murder Mystery in brief: English was suspected of involvement in the disappearance of Terry, but the police couldn’t prove it so brought in a chess Grandmaster – RDK himself – to solve the devilish crime. “Police pass sinister poser to Times chess man” in The Times on Saturday 21st July morphed into “Grandmaster breaks the code in mystery of hidden grave” in The Sunday Times on the 22nd. Write a chess book in a weekend? A mere triffle. Raymond Dennis Keene cracks murders overnight!

That’s how the media told it at the time. That’s how Ray tells it now. If you take a look at his CV, you will find the sole entry for 1990 reads,

The myth lives on.

“It is like something out of Batman,” said Keene yesterday.
“The Joker has given the police an insane clue but thinks they are too stupid to solve it. So the police call in Batman.”
The Sunday Times 22/07/90

“Times chess man cracks ‘missing woman’ riddle” was the headline that appeared on the front page of The Times on Monday 23rd July, an article we reproduced last year. How to justify it now we know that nobody was convicted of the crime? OK, so English wasn’t found guilty as a result of Keene’s intervention, but did Raymondo perhaps help the police …


No. Colin English was arrested in June. RDK didn’t get involved until late July.


… identify the area where Terry’s remains might be discovered?


No. True, Keene did suggest a likely location, but the officer in charge of the case, Detective Superintendent Fletcher, “had believed for some weeks that Mrs Terry was buried near Limerick” (The Times 24/07/90 Volunteer Detectives), i.e. long before Ray was ever contacted.


Perhaps is the best that we can say here. Our man Fletcher was quoted as saying “Thanks to Mr Keene, we may be much closer to solving this mystery” (The Sunday Times, 22/07/90), but, then again, The Garda “confirmed that they had read Mr Keene’s analysis but had not launched any new lines of enquiry as a result.” (The Times, 24/07/90).


So what exactly did Keene do? Remembering the case on chessgames, back in 2004 he writes,


I like that ‘supported’. Still, whether or not you conclude that Raymondo simply reflected back to the police what they had told him about the case - and whether or not you decide that Fletcher’s comment to The Sunday Times was merely polite PR – even if we take Keene at his word, it’s clear that his involvement in the investigation into Terry’s disappearance falls an awfully long way short of solving the case, “dramatically” or otherwise.

Multiple front-pages in The Times; coverage in all the national press; world-wide attention (Ray claimed interest from America, Canada, Australia, New Zealand and Italy**). It was - and is - a great story, and it must have been an exciting time for RDK. Still, while it's easy to see why the press lapped it up, and although it's perhaps understandable that Ray got a bit carried away and maybe even came to believe the hype, the fundamental truth remains: the 'Black Queen Murder Mystery' is a media-created myth and nothing more. 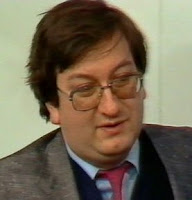 I drew heart from my recollection of a Sherlock Holmes story, “The Dancing Men”, in which Holmes breaks a singularly barbaric and recondite code which utilises little figures of dancing men. This case was redolent of that fictional forerunner
The Times 23/07/10

And here, with the conclusion of the Colin English/Therese Terry case, we end our Raymondo Memorial Sergeant Pepper tour:-

27th November, 2011
Nightmare over for The Riddler

If there’s one thing we can all agree about Ray, it’s that he’s super-GM standard at publicity, both for himself and for chess in general. The Black Queen Mystery and the Keene-Miles affair mark the high point and the nadir of the RDK PR machine. It’s curious - but somehow not a coincidence, I’m sure – that in such a long career the two extremes should come so close together.

Twenty years ago today? For sure, and yet the fact that Keene is a skilled media manipulator and the aftershocks of his departure from the (then) BCF remain very contemporary issues for British chess. We'll back with more on that tomorrow.

Nightmare over for The Riddler
By John Ryall


THE Chess Board Mystery ended in checkmate for detectives.

Colin English, the Sussex man they called The Riddler, was formally cleared of murder today.

Mr English, 31, was held in custody for 18 months accused of murdering vanished divorcee Therese Clare Terry. The 45-year-old disappeared from her home in Preston, Lancs, in January last year and has not been seen since.

After the verdict at Liverpool Crown Court he said he was convinced Mrs Terry, last seen in January 1990, was still alive. He said: “She informed everybody she was leaving to return to Australia. She had not ties, no home, no family here, and it was not a great mystery that she had gone again.”

Mr English, 31, from Holters Way, Seaford, had been kept in custody since his arrest in June 1990. At Liverpool Crown Court today he was cleared by a jury on the judge’s directions after prosecuting counsel John Rowe, QC, yesterday offered no evidence on the charge of murder.

The decision to abandon the case against computer designer Mr English followed two weeks of legal arguments about police evidence. His solicitor, Paul Rooney, said after the case his client plans to sue the police.

Mr English was nicknamed The Riddler after he drew a chess puzzle which police believed would lead to where Mrs Terry was buried.

Fraud charges against Mr English involving Mrs Terry’s money were left on file. Yesterday, friends called at Mr English’s home to celebrate with his wife, Yvonne, 32, who has three children. She said: “I’m so relieved this nightmare is over.”

Mystery of the vanishing lady
By Paul Bracchi

WHERE is Therese Clare Terry? That is the question which remains unanswered nearly two years after she disappeared.

Police believe she is dead. But they failed to produce the single most important piece of evidence in any murder investigation – a body. Yesterday, the Sussex man accused of killing her walked free from court after the case against him collapsed.

Today, the mystery of the ‘vanishing lady’ continues. If divorcee Mrs Terry is dead, where is her grave? If she is alive, why does she not come forward? The bizarre story has all the elements of a classic detective novel – but the last page is missing.

Chapter One: Mrs Terry leaves her Lancashire home in January last year and travels to Ireland with a mystery man. She is never seen again.

Chapter Two: Police arrest her friend, Colin English, from Seaford, and hold him for questioning over her disappearance.

Chapter Three: Mr English is nicknamed The Riddler after he sets detectives searching for the missing woman a series of chess puzzles.

Chapter Four: Chess grandmaster Raymond Keene is brought in to crack the code. He believes the ‘journey’ begins in Sussex and ends in Limerick. Irish police begin the search for her body.

Chapter Five: English, who later says the chess riddle was an elaborate hoax, is charged with murder but is cleared by a court.

The final chapter …? The story made headlines in newspapers around the world. Mr Keene, an organiser of the Hastings Chess Congress, emerged as a central character in the plot. He was presented with a puzzle, featured on this page, and told: “Solve it.” The Times chess correspondent immediately went to work.

He said at the time: “I realised the figures that look like sevens – what police had taken them to be – were maths vectors symbolising movement.”

Mr Keene believed that:
The figures on the triangular British Isles were I Sussex, II London, III Preston.
The bigger drawing was a cross section of Ireland and was not only a map but a chessboard.
Like a chessboard, the large map was cut in two and a mirror image made so there are two Dublins shown as IV and two Corks shown as V. Limerick is VI.

Mr Keene said: “I was able to pinpoint where certain players were on certain dates and elements were the confirmed by police.” The trail ends in Limerick with the message BK BP Do This is where he thought Terry was allegedly buried.

Mr English later admits the puzzles were an elaborate hoax to get police off his back.

* See The Chess Murder in Hans Ree's, The Human Comedy of Chess

Thanks for pointing that out. "Don't know" is the answer.

Blogger seems to do it for itself sometimes. They've now been turned on so feel free to fill your boots ....

Is this how he got his « Penguin » nickname?

Interesting thought, Niall. I believe, though, that the "Penguin" name dates from before this incident. Perhaps somebody could confirm?

Which is what consultants are for, no?

Claire was my friend and went to Ireland with Colin English, Never to be seen again, she did not return to Australia, where she did have friends. I still believe he is responsible for her death, he was more than a friend to her

I remember seeing the puzzle in The Times when it was originally posed, and also reading Raymond Keene's analysis of it. It gripped me at the time, as did the news reports some time later revealing that the case against Colin English had been dropped. However I've often wondered whether the UK police or Garda subsequently carried out any other lines of enquiry into Ms Terry's disappearance, ie did they identify and interview any other suspects, and also whether they ever liaised with police in Australia in order to corroborate Colin English's belief that she had subsequently returned there.