1. In which James Myles Hogge, Liberal Chief Whip and MP for Edinburgh East, worries that a Capablanca simul in the Commons will distract attention away from the Land Settlement (Scotland) Bill, and the chess-loving Conservative Leader in the Commons, Andrew Bonar Law, gives a fairly unsatisfactory reply...

Mr. HOGGE (by private notice) asked the Leader of the House, who is responsible for authorising the use of a Committee room of the House of Commons for a chess tournament by a professional player during the discussion of an important land measure for Scotland; whether he is aware that on the last occasion on which Scottish business was discussed the proceedings were interrupted by a river pageant, and whether he is prepared to appeal to those hon. Members who prefer the chess tournament to the discussion of Scottish affairs, to abstain from voting in divisions on subjects of vital importance to Scotland, on which they have not heard the arguments? 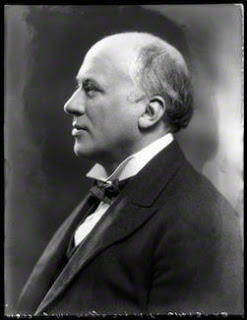 Mr. BONAR LAW I understand, in reply to the first part of the question, that the use of the Committee room was authorised by the Sergeant-at-Arms, at the request of a Committee of Members of the House. The answer to the second part of the question is in the affirmative. As to the third part, I will give an undertaking, so far as I am personally concerned; but it would not be reasonable in this case alone to ask Members who have not heard the debate to refrain from taking part in Divisions. Let me add this, that the choice of to-day for this exhibition of chess is no mark of disrespect to Scotland, as I am informed that the date was fixed before it was known what the business would be. 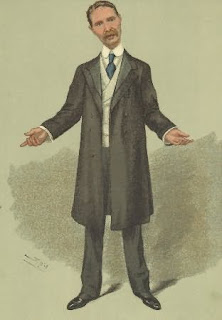 Mr. HOGGE Has my right hon. Friend considered the question of precedent, and is he prepared to assure the House that in regard to amusements this will not create a precedent? This is the first occasion on which this sort of amusement has been permitted.

Mr. HOGGE I think so. If a Committee of this House wanted a prize-fight during the hours in which the House was sitting, would they get permission?

Mr. BONAR LAW I do not think it is right to ask me to answer any hypothetical question, but if the hon. Member wishes to take part in a prize-fight and makes application in the usual way, I am sure it will be considered.


* Please, for the love of God, if you have a better name for this series, do let me know.

Genius. I take it that this *is* genuine and not a spoof? As with much in life, that you can't be sure either way is a good sign.

Marvellous post whether true or the product of your fertile imagination Morgan.

Speaking to the man himself, I discover it's absolutely pukka and really happened like that.

Apologies for raining on Morgan's parade. But you can do your own research readily enough. There's masses of parliamentary archive material back to 1801. Here is one example - from a debate on national education, 1856. That's right: 150 years before Gazxa set foot in the HoC

"(M)ore might be attempted in the teaching of games and amusements to the children of our schools. It is humiliating to hear that the English soldier, compared with foreigners, is deficient in means of passing his leisure. Taken as a whole, the life of an English labourer is the dullest and most unpleasing that can be imagined. Away from his work he has no employment, either for the head or hand, and this want of the power of amusement often drives him from had to worse. The man that skulks behind a thicket for game, or rouses the parish in a drunken pothouse brawl, would possibly have found a different occupation had there been a room provided for him, well lighted, and furnished, not merely with books, but with backgammon or chess, the mysteries of which would not take long to learn.

For further bloggable gems, go to a reliable Hansard online site, and search the archive

Any research that I don't have to do is good research. Thanks for yours as well David.