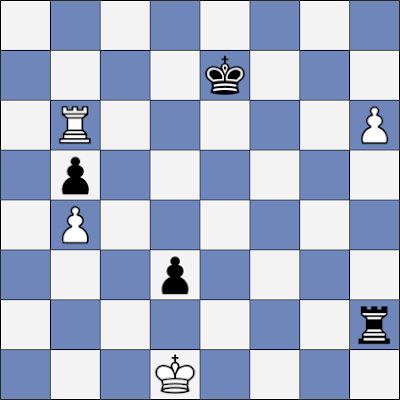 
Here’s the plan: now the British is over - RRE: The Brits; Howell Wins - finish up with Penarth, finally polish off those posts that have been kicking around waiting to be written for a while now and then go back to Torquay for a closer look at some of the 60-rook endings that happened there.

Well, that was the plan. I’m afraid I got distracted at the weekend when I noticed that Malc’s Chess Emporium had Minev’s A Practical Guide to Rook Endgames on sale for a fiver.  'That'll do me', I thought, as I made my way to Baker Street. 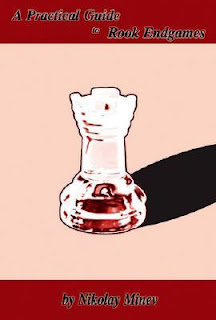 It was only intended to be an inexpensive addition to be collection. What I discovered was that, aside from being cheap, A Practical Guide ... is really a rather interesting read. For a start it works backwards compared to most books. Minev doesn’t begin with rook and pawn vs rook and move on to rook and two vs rook, slowly adding pawns thereafter as is traditional. He saves all that stuff for the second half, kicking off with sections on common tactical and strategic themes instead.

So the first position given after the introduction is the basic ‘rook’s pawn on 7th/attacking rook in front’ skewer known to every Newham school child ... 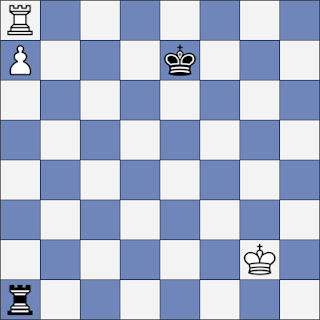 ... with Minev quickly showing how much more complicated positions can boil down to the same fundamental principle. The position at the head of today’s blog - Vasiukov - Dzindzichashvili, USSR ch 1972 - for example.

OK, there are a lot of books to choose from when it comes to rook endings. Minev’s is far from new - flicking through it I couldn’t find any games played after 1979 - and feels a bit slim, somehow. And yet it seems like a really decent book. Well worth £5, I’d say. Certainly not something that's only of interest to cheapskate collectors.

It's not a bad book at all, I agree. Organised (the first part anyway) somewhat along the same lines as the Doc's excellent section in Nunn's Chess Endings, albeit with very different material.

For that first position, maybe 1.a7 Kf7 2.Rb8! forcing the exchange of rooks, and then the white king takes pawns and makes it to the key square a6?

Steve B has it.

There's a very similar motif - push the pawn to the 7th/play the rook to the 8th to force the capture/skewer - which crops up in various lines of the Vancura position.

Difficult to spot if you didn't already know about it, I think.

That's funny - hadn't even noticed that.