As it happens, at time of writing I've not caught a single move of the 2013 Championships due to work, so let's wind the clock back a couple of weeks to the South Wales International about which Jonathan has been posting.

Here's a snapshot from the tournament: 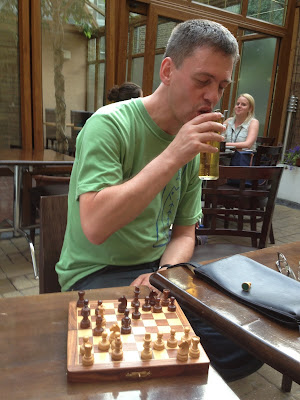 But that's not Penarth, you say, that's the Nelson, a pub in London NW1. So it is, but the position on the set is indeed from the Penarth tournament and your challenge is to reconstruct the moves that led up to it. [UPDATE: just to make it harder, there is a pawn missing on e5, as John Cox observes in comments.]

When you give up, or more likely decide you can't be bothered to waste your time on anything so ludicrous, you can find the game - most of it - somewhere in the box to the left here.

I think the game may have been the only one in all my tournament chess career in which a player has lost a piece as early as move five. The game itself went on a little longer - longer, indeed, than the queen dropping four moves later and for that matter longer than the prematurely terminated version on the website, since I actually delivered mate (and a smothered mate at that).

Still, it gave plenty of time to browse the bookstall, among the highlights of which was finding two copies of Ray's old book on Leonid Stein, in the nice yellow cover depicted here. I didn't buy either copy, but I did entertain myself by observing the remarkable similarity between the notes to Keene-Stein, Hastings 1967, appearing in the volume, and Ray's Times column of 5 February 2011 in which the game is also annotated.

In the following position, under the impression that I was being steamrollered on the kingside and needed to do something drastic - or desperate, if you prefer - before being flattened, I sacrificed a piece for two pawns with 28.Nxd5?!?. 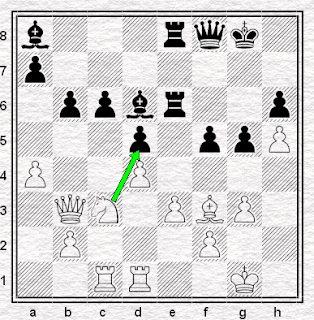 After the game Craig seemed to suggest that he was surprised by this decision, an opinion he shared with various chess engines and anybody who looked at them, because they don't think White is more than a little worse.

Fair enough, and they are surely right while I am surely wrong, but is White really not going to be steamrollered on the kingside? Aren't all of Black's pieces in or looking at the right areas, while White's lack any kind of life, let alone any goals in life? Try setting up the position on a board and finding a plan for White and you might see what I mean.

Anyway, it might even have worked. After Black's thirty-fifth we reached this position. 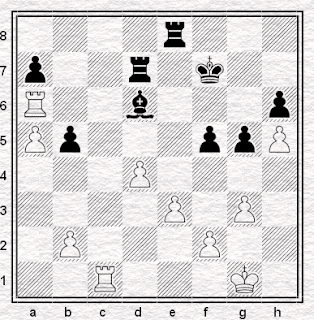 But I might have missed a chance in that lot, for, in another nod to tradition, the moment I took my hand off the pawn that I had moved from f2 to f3, I realised that I had had 37.Rc5! 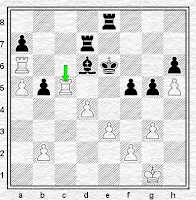 which wins a third pawn for the piece. Obviously Black still has what chances there are, but at very least, that would have made the fight of it that I had been playing for. Possibly both players were playing too routinely under the impression that the game was already over? It's been known.

Despite that glitch I ended the tournament playing good chess, knocking over, as I wrote above, two titled players, and more than that, both of them in fine style with the Black pieces. Earlier in the tournament I was not in such good form and I reckon that with the exception of the brevity you've seen in the photo, I was lost, or close to lost, at some stage or another in all of my first six games, in none of which were my opponents on the upper side of an Elo of 2000.

Arguably the luckiest of these was a round six game in which, not for the first or last time, I had panicked in a slightly inferior position and dropped, rather than sacrificed, the exchange, in return for which I maybe had some Hail Mary chances.

From the diagram, Horton-Waterfield continued 24...Nxa1: 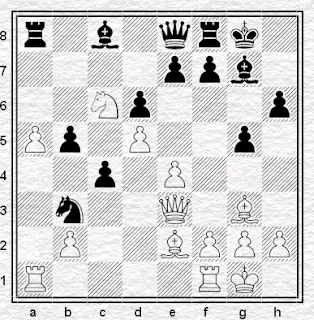 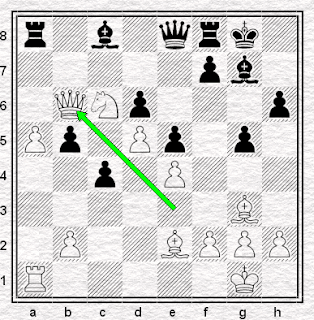 and suddenly we're in the end zone with the ball in our hands. 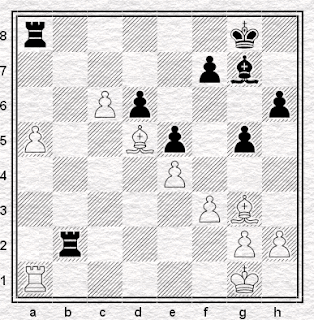 This one didn't get as far as the time control. But without 25...e5?? I guess I'd not have played, let alone beaten, any FIDE Master, nor any International Master, nor won any prize money, nor qualified for the British Championship.

Finally, in the how-computers-spoil-good-games genre, my fifth round game, in which Nigel Ralphs saved a difficult position (though in a game in which he'd previously been, at a minimum, rather better) with what appeared to be a beautiful combination. 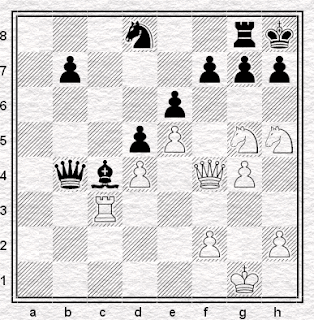 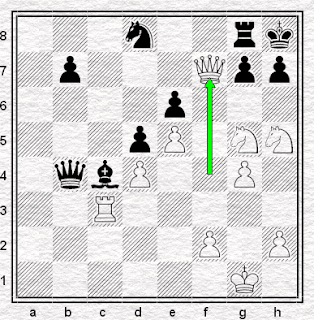 The shock wore off pretty swiftly, though, for White doesn't seem to be threatening anything and I can take a rook. So I did, 32...Qxc3, and then came 33.Nf6! 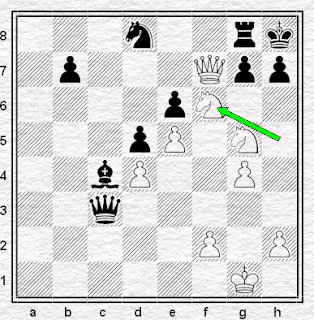 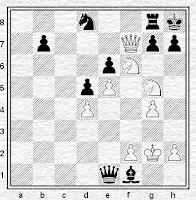 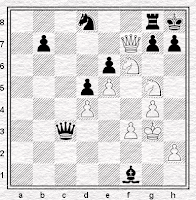 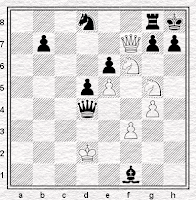 and Black is either capturing on e5 with check and then on f6, or mating, though you may wish to satisfy yourself of the latter. I am not sure I blame myself for not seeing this line. 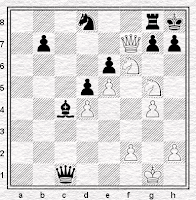 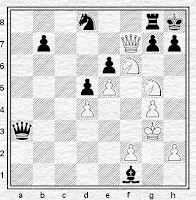 Now, whether White moves the king or interposes the f-pawn, Black plays 36...Rf8 37.Qh5 h6, and I'll leave it to you, with or without your chess engine, to clarify that Black does, shortly, cover all the threats. I suspect I can be forgiven for not seeing that line either.

I can't forgive the computers for seeing it, though, not that they care. It was such a lovely finish. And now they've spoiled it.

Is it me, or is there a pawn on e5 missing on the board in your photograph?!