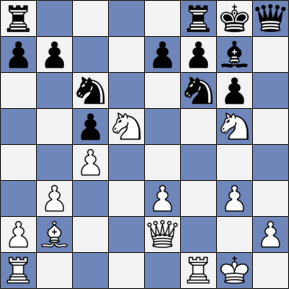 
Is it really two years tomorrow that I last did a TISE? What have I been up to?

Sacrificing the exchange has been all the rage in the last week or so. Vlad did it twice at Dortmund ...


... and a couple of days ago Tony Kosten was giving it a bash in Torquay. The game - analysed in Andrew Martin's video report here - is well worth a look if you haven't seen it already. And not just for  18 Rxf6 either. 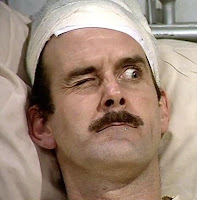 I really must get back to this series. If only to convince myself that it's not all powering-up (TISE IV) or getting rid of (TISE, TISE V) a fianchettoed bishop and R x knight-at-bishop-three-in-front-of-a-castled-king (TISE II, TISE III) as I seemed to think back in 2011.

Not that I've got anything against Rxf6. It's still one of my favourite moves. OK, it went tittzzup for Kosters, but it still lead to a fascinating game. No, there's nothing wrong with it at all. It's just that there's so many other kinds of exchange sacs that deserve attention too.

Memo to self: don't leave it to the British Championships 2015 before you get on with the job.

Memo to Tony Kosten: bad luck chap. Thanks for the entertainment, though. And the nudge.