So here we are, motoring in to week two. Howell at the head of the field on 5.5/6; Hebden and Gordon half a point behind; a whole bunch of GMs and IMs just below them; defending champion Gawain Jones after a seemingly rather poor performance on a mediocre-for-him-but-when-you-think-about-it-not-really-that-bad-and-certainly-still-retrievable score of 4/6. Yadda yadda yadda.

Now that's out of the way let's get to the really important stuff from Torquay thus far: the bumper crop of rook endings. Actually, since we've been so blessed I've decided to save my planned post (a deeper investigation into the Arkell Ending that didn't happen) for another day. Instead, here are four rook endgame fragments from the many that caught my eye during the first week 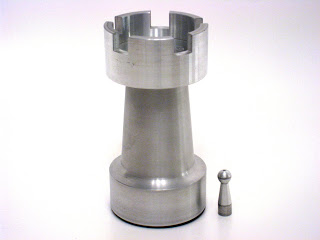 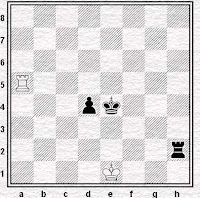 I think we have to start with Stephens - Balaji from round three. Alex Baburin's description of it as 'a comedy of errors' (Chess Today: 212/4649) is not over harsh, I feel.


It struck me that the mistakes made at the conclusion of this game can be divided into two distinct categories: the kind that are not difficult to make when you've been playing chess for seven hours and are down to increments and the kind that could easily have been avoided with just a little bit theoretical knowledge. From a motivation-to-study point of view, it is rather pleasing to see that the former always came after the latter and not the other way around.  Which is another way of saying a little know-how can sometimes go a long way.

I'll be returning to this game at some later date. Suffice to say for now that Philidor (RRE: Lesson Number One) and Lucena (RRE: Lesson Number Two) are names worth knowing. In the meantime, you might like to accept a challenge set by John Cox over on the EC Forum: go through the game and  try to identify the moments when the evaluation switches from = to -+ and vice versa. Simples it's not. 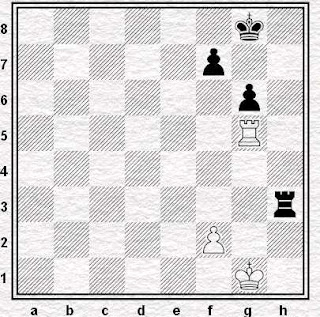 It was a similar, if less extreme, story in Anderson - Arkell in round 5. A 2 v 1 pawns on the same side ending that became very difficult for White to hold and then simply lost. Don't be looking at me if you want an answer as to exactly when the line was crossed, but if we're asking how White might have avoided this particular sticky wicket I have an idea.

The game went 38 ... Kg7, 39 Kg2 Rd3 after which White shuffled as Black inched forward. Still objectively drawn, no doubt - Baburin reckons the decisive blunder came 23 moves later, two before the end of the game -  but why not take a leaf out of the FWC's book (Amateur Hour IV) and play 40 f2-f3 here? As ever, I stand to be corrected, but doesn't this make the defence much more straightforward? 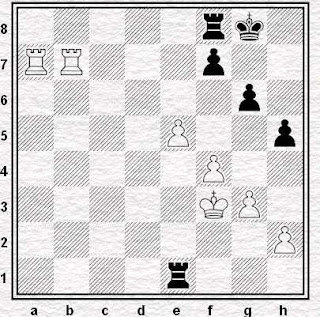 
The next day Keith ended up in the exact same f&g v f pawn ending once again, this time as White against IM Fernandez. He got there via a very different route, though, and on this occasion never had the option of grabbing some space by pushing his bishop's pawn forward.

At one point the game reached precisely the same pawn structure as Piket-Kasparov (internet) 1999 and Stean-Hartston, British Championship 1972. I knew this from the Memento series which we published last year, although - quite appropriately given the title - I hadn't the slightest recollection of how those games had gone. Other than they were single-rook endings rather than double, I mean.

Anyhoo, seeing Keith turn another all-the-pawns-on-the-same-side position into a win was a real joy. Like watching a magician repeat a trick and feeling sure you'd catch him out this time before slowly coming to the realisation that he'd fooled you once again. 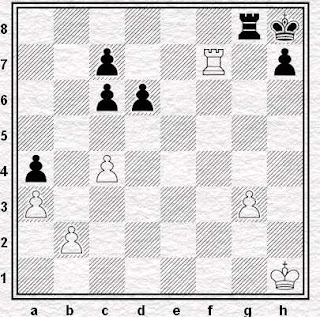 
And finally we have Dilleigh - Williams from the very first round. I happened to come across this game just as it arrived here. I had time for a quick glance and then I had to get back to work. Long enough for a few possible moves for Black to flash through my mind. No more than that.

I guess in an ideal world you'd want to reclaim the second rank although in this position that obviously gives White the option of a draw by repetition. 42 ... Rc8 you'd hardly consider unless perhaps you wanted to demonstrate to yourself the perils of a passive rook. So I thought 42 ... Rxg3 might be necessary although that didn't seem to be particularly appealing.

Back to work I went, wondering how Black was going to prevent his queenside pawns dropping off. A little while later I discovered the Ginger One had found a fourth alternative and, not surprisingly, it was considerably better than all of mine. Williams' choice left him - eventually - with a winning position. What it left me was wondering why the possibility of 42 ... Rg4 hadn't occurred to me at first sight. A bit of work needed on selection of candidate moves, I think.

43 rook endings in 282 games so far according to my database - and that's not including the bottom 18 boards from rounds 5 and 6 which aren't available yet.

You missed out a third mistake. Allowing people not strong enough to automatically play Ra3 in the first position into the tournament.

my database now saying 44 from 317 games in the first six rounds.

I see our man Stephens had another Phildor rook ending today (round 8). Well, I say "another".

Well, I say he got a draw. The website is currently saying "0-1", but I can't believe that happened.