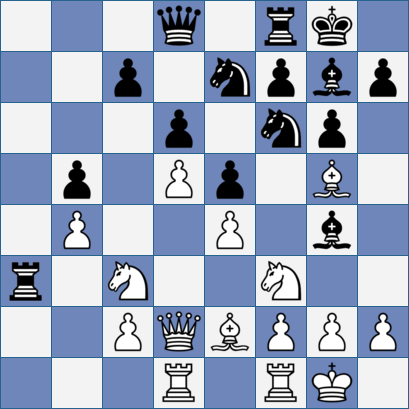 Zurab Azmaiparashvili. Candidate for the Presidency of the European Chess Union; in the news a bit of late because the erstwhile ECF President wants to be his running mate; taker-backer of moves; one time second to the biggest of chess cheeses and, whatever else might be said about him, somebody who once knew his way around a chess board.

Today’s post combines Azmai, things that aren’t there and another trip to a 1980s Soviet Chess Championship. Back to Back in the USSR if you will.


I tried an ‘analyse from the screen rather than getting a proper set out’ experiment (see my post last week and the comments box from the week before) on Karpov - Azmaiparashvili. Result: I hated it. Whether my analysis was any worse than it would otherwise been I don’t know, but it certainly felt like I was having to work harder. Maintaining concentration was much more of a struggle than usual too.

Anyhoo, Why after Azmai’s 14 ... Rxc3 does Karpov respond with 15 Bxf6 rather than bagging the rook? Why, in other words, is the exchange sacrifice not there. 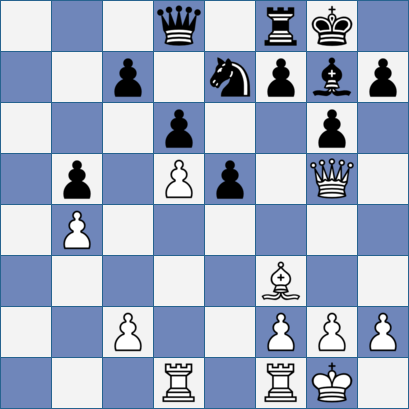 Looking at this diagram it seems to me that something like ... f5 and ... e4 is going to open up a diagonal for what has become a monster bishop without an opponent and White’s going to struggle to prevent Black getting in along the a-file. Not to mention that the queen coming to a8 also puts a bundle of pressure on d5.

You’d had have to arrange for that to happen without dropping a the knight on e7, though, so perhaps ... Nf5 instead, offering the exchange of queens. Could be one of those positions when the side material down doesn’t mind swapping pieces.

Not that I could have worked out any of that from the first diagram. I can calculate four moves ahead without too much trouble - it’s exchanges after all - but the position in my mind’s eye when I get there is far too hazy to do allow me to make anything of it. It also stops me noticing things like the pawn on b5 being a little loose. The computer, I discovered prefers 17 ... Bd7 to chopping on f3, perhaps for this reason.

Whatevs. On the whole it seems to me that accepting the sacrifice leads to a pleasant game for Black. I’m sure Karpov would be overjoyed to know that his judgement has my backing on that.

What is the fascination about the man having once taking back a move in a competition? On its own, it provides a very low weight to the suggestion that he is a serial cheater - in fact, it probably suggests quite the opposite. This man once broke the rules in a game of chess. Yes, it was naughty, but hardly earth-shatteringly naughty.

I once had a national championship game, my opponent played a move, and lifted a piece off the board. I looked at him for a bit, then pointed out the obvious mistake he'd just made. The capture wasn't legally possible. He was embarrassed, he took back the move and quickly made something else. I let it stand. I didn't villify the man as a cheat. I didn't, and don't, think that he was anything of the sort.

Thing is, it's not the only time he's strayed from the path bigtime. It's like another great practitioner of the Modern Defence - you can overlook this thing, or that thing, but in the end don't you notice that there's a great big pile of this and thats?

Don't forget that time he pulled out a knife in a night club!

"I can calculate four moves ahead without too much trouble - it’s exchanges after all - but the position in my mind’s eye when I get there is far too hazy to do allow me to make anything of it."

It's like lifting weights. Start small and build up over time. If you try to lift a big weight too soon, you will just get hurt. (Trying to visualise, before you are capable, some critical position 10 moves along in a tournament game will also get you hurt.) But if you never practise, you will never lift the big weight.

What is the fascination about the man having once taking back a move in a competition?

I suspect anybody who asks this question is never going to be satisfied with the answer -especially if they follow up with a totally absurd 'comparison'.

However, for the record, my issue with Azmai’s taking the move back is much more about how he responded afterwards rather than doing it at the time. Though doing it is very much not OK.

@OCP
I’m sure you’re right. Actually I’ve been thinking that as little as my understanding of the positions is growing, concentrating on exchange sacs for a bit is valuable anyway just for the calculation practice.

What totally absurd comparison would Jonathan Bryant be talking about?

No, I do really think that on it's own, it isn't that interesting. In general in sport, we see players breaking the rules all the time, they normally get punished. It is unfortunate that this man wasn't punished at the time, it seems a bit late now to take any action on the matter. I would however, as ejh suggests, be more concerned by other accusations. Not that breaking the rules in a chess game is something to be proud of, far from it, it is just that it isn't something to define a man's eligibility for office by.

Whilst footballers are always diving and fouling, taking moves back is very much the exception at almost every level of serious chess. It's not the only negative story about him by any means. At the time he was a FIDE Vice-President, that may have of itself dissuaded his relatively young opponent from protesting on the grounds of safeguarding his future career.
RdC

While this is true

in general in sport, we see players breaking the rules all the time

it's a particular offence that's very rarely committed at professional level and so it does tend to stick out more than a bit. Hard to think of comparisons from other sports, really.

Interesting subject, professional ethics in sport. One of those things where if I had my time again I'd maybe choose to go into it on a serious academic level.

Players foul a lot in competitive sport, but they cheat comparatively rarely. It is important not to confuse the two concepts.

the absurb comparison jonathan was referring to was anon's opponent making an illegal move apparently by accident, which i agree is absurd since there is no way you could take a move back by accident

IMHO if you cheat at all during your chess playing career you should not have a post in any chess regulating body, especially if you haven't made a great effort to show contrition. I also don't think that someone who cheats on their taxes should hold public office, for example, or that someone like luis suarez should be president of fifa (obviously what azmai did was much less egregious, though)

Leaving aside the question of Azmai's character, I can recommend playing through his games on the W side of the KID.