Just Barely Got Something to do with chess XIa 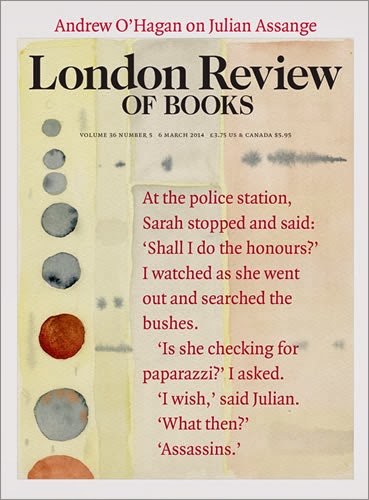 One of Julian’s techniques, again borrowed from the spymasters he purports to find criminal, is to tape conversations with friends and colleagues and then use them to ‘prove’ duplicity. My interviews with him were recorded contemporaneously, either on tape or in notes, and I had tapes running and notepads in my hand all the time I was with him. But his use of private recordings with Canongate seemed to me a new low. As for me, the statement that I ‘supported him’, that I was his friend etc, was out of order. He was using me. It was against my consistent wish that I not be dragged into the middle of this dispute. But in this dispute Julian considered everybody but himself a pawn. He was the king we were all obliged to protect. The fact was I supported Julian where I could, but I often couldn’t, and he knew it. I tried to give him as much encouragement as I could, seeing his point of view and all that, and I continued to do so, but my arguments with his were all in the open. The morning after Julian’s press release, Jamie wanted me to refute Julian’s claims and I said that he was just doing the same thing as Julian. I would tell my own version when the time was right but my role in this was to be silent. Did any of them understand that?