Streatham and Brixton Chess Club will be running a rapidplay tournament on Sunday 13th April - venue Streatham Library - to coincide with the opening of Lambeth's newly renovated community hub in Streatham. All welcome.

Full details, including how to enter, are on the tournament website here (but you cannot enter via the S&BChess Blog).

Summary information is:
The last time - back in 1986 - that S&BCC organised a tournament it was also a rapidplay. It was held at the White Lion pub (just across the road from the Library), which at some time in the distant past was the club's regular venue.

In 1986 London's Evening Standard still had a print chess column (shame for closing it!), run by the ever-supportive Leonard Barden, who gave the tournament a plug; and it also caught the attention of the South London Press, who donated this handsome trophy. 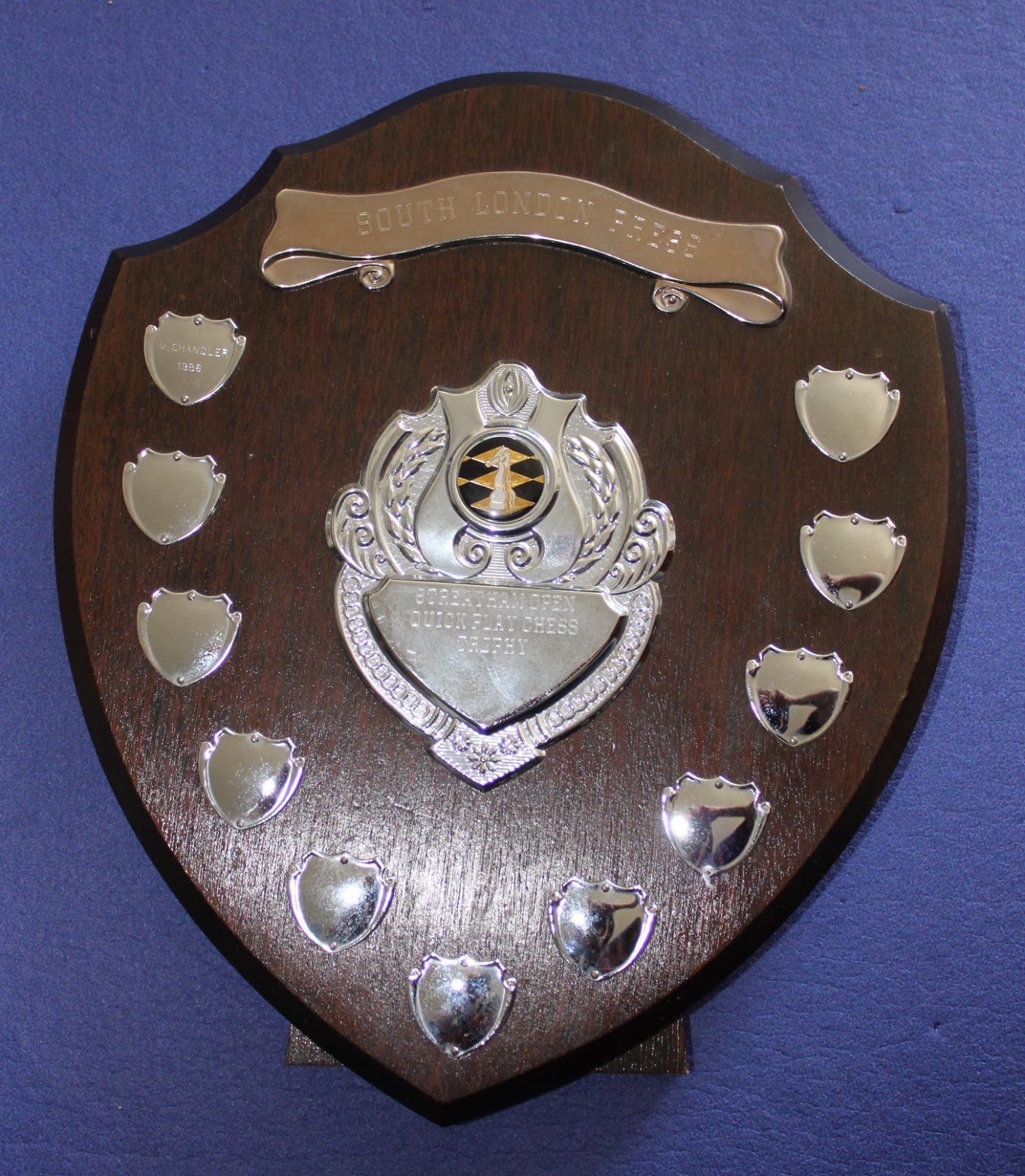 A fine shield, and a piece of chess history which sits proudly in Streatham and Brixton Chess Club's cabinet of curiosities - and so will not be up for grabs on April 13th.

The days of producing a club newsletter by type and cyclostyle are long gone; but here is how the tournament organiser, the late Danny Feinstein, reported on the tournament at the time.

But 120 entries back in 1986! Wow! Unfortunately the April 13th 2014 Rapid will be limited, because of space, to the first 60 entries (so if you think you'd like to play at the last moment double-check on the website that there is room for you, before setting out).

Here's how they lined up in 1986 for the biggest event of its day (well "biggest chess event in Britain that day"). Recognise the names?

Well done Murray, Joe, and Mike...but Pratt's department store is long gone, too, so no vouchers from them on April 13th - just the regular cash prizes: and we hope to see you there!

A Pratts department store voucher for the highest placed Streathamite?? Does the equivalent for this event get a WH Smiths voucher?