The view has been expressed that most of the nominated players are white. The committee did not notice this. I think that demonstrates we are not biased.


The view has been expressed that I have not written a king and pawn ending post today. I did not notice this. I think that demonstrates I am not obtuse and overflowing with self-regard.

Anyhoo, let us imagine for a moment that you, dear reader, are unhappy with this state of affairs. What would happen then? One thing you could do would be to take your chess blog reading custom elsewhere. Decide never to return, perhaps. After all, other chess-themed websites are available.

You would have a choice. You might even - though heaven knows why - decide to read the rest of this post. A post in which it’s the democratic deficit at the heart of the ECF that turns out to be important and Stewart Reuben himself is entirely insignificant. 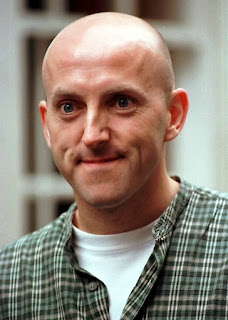 Wasn’t funny but did not notice


"Taxi for ...." A traditional heckle in comedy clubs. At least it was when I was a younger man and used to frequent them.

I remember a guy with a Scottish accent bellowing it at Lee Hurst halfway through a not massively successful set at the Comedy Store in Leicester Square circa 1993. Brutal, certainly, and yet a rather efficient system for enabling audience members to let performers know they feel it’s time to let somebody else have a turn.

Returning to the ECF Player of the Year vote (Grigoriev versus The Oscars), let us imagine for a moment that we are unhappy with the new system. Let us imagine, if we can, that part of our displeasure is that Stewart Reuben is running it. Let us imagine that we want to express that displeasure by voting against whoever it was that decided to put Mr R in charge. Alternatively, should you prefer, let us imagine that we think it was a great decision. That we want to give the chap a pat on the back and support him in his future endeavours.

It doesn’t really matter. Either way, we’d be out of luck.

This is the only choice available to ECF members:-


Some will be perfectly happy taking the blue pill. I personally know one person who has opted for the red one. For the rest of us, does it need really need saying that this is an absurd situation for English chess to have got itself into?

How the English Chess Federation chooses to engage with the people it has decided must be its members is rather more important. For what it’s worth it seems to me that our governing body is trying to make improvements in this area. Nevertheless, this year’s Player of the Year vote (including the befores and the afters) is a case study of inadequate communication and acting


as Chris Rice put it on the EC Forum last week.

Stewart Reuben or otherwise, this will continue to be the ECF’s story until such time as members have a direct say in how it is run.

The people who work for the ECF may be volunteers but its members are not. It’s time somebody ordered a taxi for enforced membership without representation.

Photo of Mr NoChuckles
Posted by Jonathan B at 8:00 am

If you were in Russia I think that red pill could be pretty nasty.

ECF Members, or those where the ECF has an email address and permission to use it, should have received an email with the snappy title "ECF Constitution and Governance".

I'd like to think it could help to address the issue in this post, but given that it cites seven principles from the Voluntary Code of Good Governance for the Sport and Recreation Sector, a cynic might suggest it's a box ticking exercise and smothering a problem with verbiage so that nothing actually happens.

page 24 of the full document (here) is worth a read.