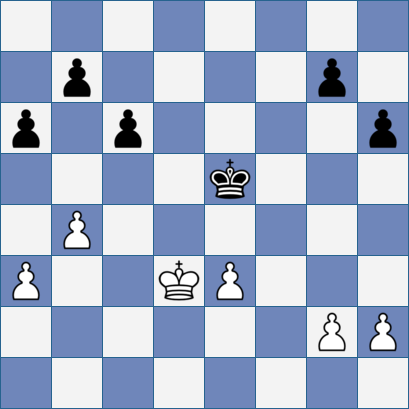 I like Chess Today. In fact I like it enough to more or less forgive it for having become Chess a Few Weeks Ago, some time back. 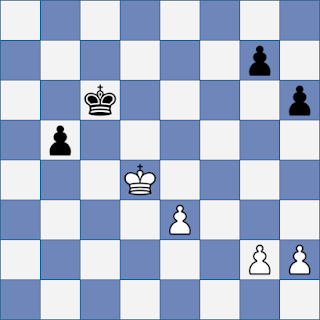 at which point she is, according to Chess Today, absolutely lost.

That White is going down seems entirely plausible. Outside Passed Pawns and all that. What’s less obvious - at least to me - is that White has a win in our starting position.

32 a4 is dodgy because of the tactical reply .. c5 as in the game. An engine test suggests the very reasonable try of Kc4, where .. Ke4 appears to fail a counting test.

If Black retreats with .. Kd6, the .. c5 resource is no longer available, so a4 can now be played. If Black is unable to create a passed pawn of his own, the White e pawn is likely to enable a win.