Going on a bit too long 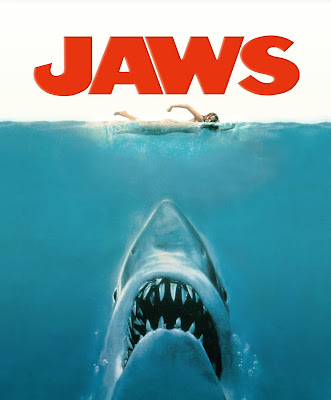 Most movies - as the younger folk apparently now say - should be about 1 hour 40 minutes long. 1 hour 50 minutes at a push. Two hours is testing my patience. More than two hours is, in nearly every case, a director not doing his or her job.

Jaws lasts a touch over 120 minutes. Spielberg should have binned around 15 of them. Not 15 in a row, but shave a bit off here, lose a scene there and end up cutting around a quarter of an hour from the running time before the Orca leaves out of the harbour taking Quint, Hooper and Brody to their appointment with the Toothy One.

Before you start thinking this is a Probably Got Nothing … post, I’d better explain what going on too long has … to do with chess. 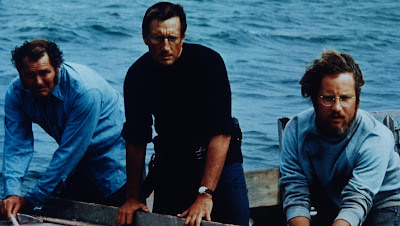 My chess season finished last Monday at 4:30pm. A strange time for a league game to conclude, but that is how it was. It was an unfinished game from a week and a half before. My opponent emailed me at 9:30 on the morning that the resumption was due offering a draw. I didn't pick up the message until late in the afternoon, though.

An adjournment that didn’t even happen and yet still went on too long. That isn’t the point of this post per se although as I come to write it, it kind of feels appropriate that the game, and my season, should end that way.

The chess was not particularly remarkable in itself. It could have been pretty much any of the league games that I’ve played since I began this particular form of entertainment in the late 80s.

What was unusual was that during the game - not before on the way there or afterwards on the way home, but right in the middle of the game - I found myself wondering whether I wouldn’t rather be practicing the piano rather than playing chess. For a good five minute spell I wasn’t thinking about  how to play the White side of a Maroczy Bind,  but was instead wondering whether nigh on thirty years of rushing from work, snatching something to eat and then trying to stay awake long enough to get to the time control might be more than enough.

I’ve thought about quitting loads of times, of course. Before, though, it was always after a bad loss and/or a more than usually extreme bout of chessboard incompetence on my part.

What it was, when all is said and done, was the thought that three decades of playing chess on work day evenings might be a hobby that has gone on a little bit too long.

Now that I'm retired, I look back on my years playing league chess with bafflement. What strange addiction could have drawn me to three hours of mental effort after a day's work? It was only in the last 15 years that I became a frequent competitor in weekend congresses, an attraction partly due to the contrast between playing daytime chess while the mind was still fresh as opposed to tired and sleepy in the evening.

You have echoed remarkably the sentiments of GM Darryl Johansen in the latest issue of the Australian magazine 50 Moves, so it's not just amateur players who have this feeling. However he was/is happy to pick and choose the occasional event in places that he would want to visit anyway.

These days I only play one tournament a year (maybe two if the accident will) and don't play league chess at all. If you asked me, though, what I was doing instead that was so much more construtive and personally fulfilling, the answer would probably be "spending too much time on the internet". This I think is where this part of the thesis may fall down, and it's more generally applicable than just to chess: if there was something better, you'd already be doing it. You wouldn't have to contemplate giving anything up, it'd have happened of its own accord. Maybe I could have done something better with my twenties than go to around a thousand professional football matches: fact is I didn't, because I couldn't see what that "something better" was.

Re: the cinematic part of the thesis, I've had this discussion with Jonathan a few times on FAcebook and without rehashing our discussion here, I have invited him to watch Tarkovsky.

Been playing league chess for a similar number of years to Jonathan and still get a kick out of it. Prefer playing just one game a week though. More than that and I get tired and don't have time to properly reflect on how the games went.

Jaws goes on too long I agree. 124 minutes too long.

You started teaching children chess for work fairly recently (unless I'm much mistaken). Do you find that playing chess in the evening now feels like a busman's holiday?

Too many ideas swirling in my head around this one. If you quit the league chess and chose piano instead, I would respect that. (As for me, the only distractions I ever faced *during play* were girls and sleep -- hardly a crisis for chess itself.)

Justin's point is both profound and muddled. If you said you were going to the piano but ended up on the internet instead, that doesn't imply that the internet is the best choice. The fact is that the good things are work (I don't mean paid work), and it takes continuous effort to choose work over leisure -- and then more effort to do the work itself. That's *two* points of failure. Sure, sometimes we get tired and need to stop working for a bit, that doesn't negate my point.

On the theme of the director's cut: You need to consider how the different pieces fit into the story, and also whether there is more than one story going on. Is it chess or piano? Chess and piano? What makes the reel and what goes on the floor?

I always considered weekend play more important and "better" than weeknight play. But there are some points in favor of weeknight play: (1) Weeknight play is more of a habit and a discipline compared to the sporadic weekend event. Too easy to slack off my studies if the next game is a month away. (2) I have found I need regular weeknight play to maintain sharpness for the weekends. Similar to muscle exercise, two games per week seems the absolute minimum to maintain playing fitness. Playing only on weekends is just too long between games.

Aside: Posting from the iPhone is a PITA. Probably Google's fault. Editing in the text area is always broken. Tonight I got as far as the publish button but no reCAPTCHA action. I tried twice and had to give up and go to the laptop. Anybody have issues from an Android device?

Adam:
You started teaching children chess for work fairly recently (unless I'm much mistaken). Do you find that playing chess in the evening now feels like a busman's holiday?

Getting on for two years ago. 18 months or doing nothing else but teach chess to children.

It had occurred to me that might be an issue - although I’m not convince it is. Probably more relevant is that at Easter I took on a slightly different job on top of other things I was doing and am now considerably busier than I once was.

Anybody have issues from an Android device?

If you're busier then evening chess has more to compete with, including doing nothing and just relaxing. Justin's theory that if you had something better to do it would happen anyway makes sense to me, although maybe your feelings around having something better to do ARE it "happening anyway". I get the feeling that it's fairly common for people to stop playing, and also for them to decide to start again years down the line.

I have been in the position of "choosing something better to do" with my time since becoming a dad 1.5 years' ago. I had time for one hobby and chose to play football over chess. However, prior to that I had spent the previous 20-odd years playing evening chess (bar one at uni) and was definitely getting a feeling of ennui. Since then I have played a couple of times and it did feel different; it's hard to feel you're missing out elsewhere doing something you don't do very often.

Interesting post but I really disagree with you saying Jaws should be shorter. Some of the deleted scenes would have been fine in the original cut (e.g. Quint in the music store getting piano wire).

If you're talking about trimming blockbusters then we should move forward a few years:-
http://www.businessinsider.com/movies-are-getting-longer-2013-1