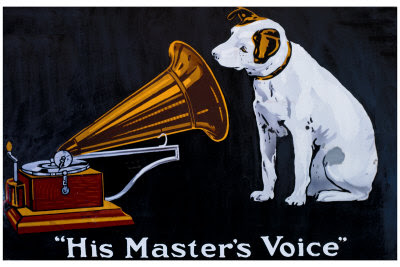 Ad hominem attack? Which one?

This one, apparently. Maybe this one and this one too.

What should he do about it?

Will he do it?

Now, Mig can do as he pleases, and he can dislike what pleases him not. However, it's my view that if you're going to go further than that, and abuse somebody who's written an article criticising your boss, you kind of need to come up with some facts to justify that abuse.

Especially if you're going to call it "slander". Because slander is serious.

Mig is of a different opinion.

Well, the platform is Kingpin, the facts are open to Mig to dispute if he wishes and what "credentials" is supposed to mean I do not know. (Does it mean "being an important person?")

Come to that, I don't know what "there's no reply to hatred" means (any more than I see any actual "hatred" in the offending piece).

Tosh, man. Show us what the "facts" really are, or complaining about their absence looks really, really empty. As empty, indeed, as charges of "slander", or hatred", or "ad hominem attack(s)".

Rebut or don't bother, but either way, don't rave.

Put up or shut up.

A footnote. I always liked Mig.

I've liked him less, recently, than I used to. A lot less, as it happens. But still - it would be churlish not to recall the enjoyment I used to get from reading his columns. I first had access to the internet in January 1998, when I got a university job in Oxford, and pretty much the first chess-related thing I came across, in those days of Netscape Navigator and very slow loading once America had woken up, was Mig On Chess. It was great. Fun, enthusiastic, independent-minded.

Those were the days, eh.

Anyway, time passed, Mig started working for Kasparov and became a less interesting as a result, although I occasionally dipped into the Daily Dirt over the years. When I did, I still found him very readable, very affable.

Trouble is, though, there's only so long you can serve as a courtier before you become an extension of your boss.

I actually liked the series, simply because it was so unclear when/whether the author took himself seriously in his arguments contra Kasparov. Satire in its purest (Machiavellian?) form, when you can't tell whether it's satire or not. The farragos about VW and Corbyn somehow added to the piece rather than subtract (on Greece, one must admit, Kasparov had already commented about, so it's fair game). There's also the "accidental" humor of speaking of title legitimacy on one hand, and then "forgetting" Ponomariov when foreseeing the first teenage champion soon to come. Maybe it's all too deep for Mig.
The "chess as a paradigm" crowd needed some mocking umbrage directed at it, and I guess this will have to do.

Thanks, I think they're great articles.