The decline of the "The Decline of English Chess" article 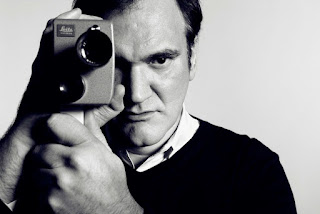 The Guardian’s Stephen Moss wants to get a debate going. Which is nice.


I think it fair to say that the reaction to last Friday’s Grandmaster crash: the inside story of how English chess pawned its future has been mixed. There are certainly plenty of people who liked it, but equally you won’t struggle to find some folk who feel that a critical review of TGSM’s piece would be at least as long as the source material itself.

"It’s an interesting article"; "Well worth reading"; "Stephen Moss is a good journalist who is interested and informed about chess". All comments from the EC Forum thread.

On the other side of the coin we have Jon Manley observing the similarity between a short passage in the Guardian article and something that had appeared on the Kingpin website a few days earlier, EJH of this parish having his say and Dennis Monokroussos opening a not altogether favourable review with the phrase "longish and questionable".

No matter. The Guardian’s Stephen Moss responded to Monokroussos's blog post by making clear that the "main thing is to get a debate going about these issues."

There are are number of 'issues’ you could debate with Grandmaster Crash... How about this passage, for instance,


The government’s ruling that the game is not a fully fledged sport denies British chess the recognition and financial support it needs to compete with established giants such as Russia and Ukraine, and fast-rising powers such as China and India

Does the ruling really do that? In the glory days chess didn’t have the recognition and financial support that supposedly comes from being considered a sport either. It didn’t seem to do us any harm back then*.

Talking of things that are supposedly signs of The Fall and yet - curiously - were also happening during the height of the Golden Age, how about the prominent position the article given to Nigel Davies’s 'defection' to Wales? Why is this supposed to be some kind of measure of how bad things have got? As opposed to when he he did exactly the same thing in 1989, I mean.

The truth of the English chess is in decline narrative is that it’s a story that’s been told for a quarter of a century now. It’s very strange that John Nunn gets a nod in passing in Grandmaster Crash ... without any mention that he himself had written a decline article as long ago as January 1991. It’s hard to imagine why anybody writing about the decline of English chess wouldn’t want to include an account of how long we’ve been talking about the decline of English chess. The very length of the debate is central to the story, wouldn’t you say?

In truth, though you wouldn’t know it from reading The Guardian, since John Nunn put pen to paper (as I imagine he would have done back then), the fall of English chess from the position we had once enjoyed has hardly been off the agenda. What is more, if you look around it doesn't take long to find a much richer discussion of the possible causes - the break-up of the Soviet Union, changing domestic socio-economic conditions, students now graduating with five-figure debts, increasing housing costs for instance - than anything The Guardian’s Stephen Moss has to offer.

Here’s the bottom line: Grandmaster Crash ... has little if anything new to say and demonstrates nothing save for showing that articles written about the decline of English chess are not as good as they used to be.

And The Guardian’s Stephen Moss’s subsequent "the main thing is to get a debate going"? That’s no different to Quentin Tarantino saying that nobody was talking about slavery until he made Django Unchained.

* James Plaskett’s Playing to Win (Batsford, 1988) begins, "On the 23rd May 1986 I sat in the public gallery of the British House of Commons and listened to a debate on chess where the issue of how much money the Government should allocate to it was inextricably linked to the question "What is chess?" and under which department should it fall?"
Posted by Jonathan B at 8:00 am

RE: decline of English chess articles, EJH reminds me of this from 2007

It was difficult to write "Chess in Decline" articles in the 1970s and 1980s as well as "Why are there no strong young players?".

The latter article is due a comeback and there are multiple sources from the 1950s and 1960s.

The article certainly packs a punch with the headlines - but there does not appear to much substance behind them.

The lead headline is that the once mighty England has now been eclipsed by Peru and Egypt. Well, take a look at FIDEs own comparison been nations - based on the average rating of the top 10 players.
https://ratings.fide.com/topfed.phtml
England comes in at respectable 12th place - way ahead of Peru (37th) and Eygpt (46).

Of course SM will point out that the current England Olympiad team has come nowhere near equalling the Silver medals achieved by their counterparts in the 1980s. Its a fair point. But why select that criteria for national chess strength? Except to make the headline as sensational as possible!

We also read in the headline that an English GM has "defected". This turns out to be Nigel Davies agreeing to turn out for Wales, partly because he's hacked off with the ECF, but more likely so that he eligible to play for the Wales Olympiad team. If you read the sane and sensible Nigel Davies blogs referred to in the article, you will see that he says that the whole incident has been blown out of proportion. If Davies does not particularly like the term "defection" to describe his re-registration to Wales, why use it in the headline for this article?

It's also a bit tendentious to refer to "the government's ruling". It was a ruling of the High Court (which would not, I think, consider itself a branch of government) regarding a ruling made by Sport England, which is a body funded both by the National Lottery and the Treasury, but not really one whose decisions can be described as government decisions per se.

The Nigel Short section is also beyond parody. Its seems that the principle reason behind the decline of English Chess is the ”small-mindedness” of chess-players in the UK and the “old-fashioned” structure of the ECF. Everyone and everything is to blame: except super-star Nigel himself.
So what might Nigel have done? His achievement on the board are exceptional, but off the board he might, as Britain’s leading player for the past 3 decades have done a little more to promote the game in the UK.
How about writing another book? (His second and last book was published in 1994.) Or occasionally appearing in the British Championship. (He last won in 1998.) His adopted country, Greece, has recently fallen on hard time: how about a charity simul to aid his new countrymen? If he has a constructive agenda for re-structuring the ECF, why not publish and promote it – rather than expect everyone else to do the spade work.
And if he wants to avoid giving the impression that chess-players are intellectually and ethically negligible, he can certainly help by cutting out the sexist jokes.
SM can’t, of course, be blamed for Short’s silly comments. But one might expect a more critical appraisal from a Guardian journalist.

"Short....might.....have done a little more to promote the game in the UK"

Not to let the facts get in the way, but off the top of my head you have his national simul tours, was Howell's second at the World junior, FIDE delegate, commentary work....and then of course he dedicated his life to chess and was never off the TV in 1993. I remember at the time at my university club an absolute deluge of new members, and reports in the BCM of Congress entries being down as players preferred to watch the chess on TV. Or perhaps you blame him for that? And you probably have to accept at the moment his newspaper columns, or the DVDs he did, in lieu of a book.

Then of course there is the recent 4 day seminar he did in Glasgow too.

Sure he has an acquired sense of humour, but on the other hand when George Ellison died he was one of the people to express regret on the ecforum.

Gallant of you, PH, to rise to Nigel's defense. Sure, Nigel has had an active chess career, and like other World title candidates has inspired people in UK and other countries to take up chess.

No crime in that, but not, in my humble opinion, especially worthy of praise.