Admirers of Monty Python's Life of Brian - especially those fans who can recite practically the whole script - will recall the scene in which Brian (Graham Chapman) is trying to escape his newly-made and unwanted disciples. He jumps into a pit in order to hide - and lands on the foot of the hermit (Terry Jones) who lives there.

Jones cries out in pain and thereby breaks a vow of silence which he has kept for eighteen years. Brian pleads with him to keep quiet and not attract the attention of the mob, but as Jones points out, after eighteen years why should he bother?

Brian: Oh please, could you be quiet just another five minutes?
Hermit : Oh, it doesn't matter now, I might as well enjoy myself. The times in the last eighteen years I've wanted to shout, and sing, and scream my name out!

I was reminded of this scene when reading the chess column in El País yesterday which was devoted to Juan Manuel Bellón López, the veteran Spanish grandmaster whose 57th birthday the column marked. The writer, Leontxo García, made the following claim which seemed so remarkable that at first I was sure I must have misunderstood the Spanish. According to García, Bellón:

So I checked and it means exactly what I had thought it to mean. Since 1978, he has never once offered a draw.

This is such an astonishing thing to say that far from wondering whether it is true, I assume it is. You couldn't make something like that up. If I seem at all doubtful it is only because one would have thought that a record like that would be so widely-known, so widely-discussed, that we would all have known it already. 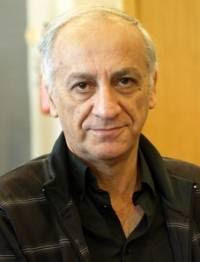 All sorts of questions arise. Why? Has he assumed the other player will always offer one if it's appropriate - so he doesn't need to? Did he have a bad experience offering a draw, like finding he'd had a won position, and decide "never again"? Against whom was that final, 1978 draw offer made and did that game contribute to his decision? Does he readily agree draws other players offer, but just decline to offer them himself - or does he have a wider objection to the agreement of draws? When he's lost, do his opponents ever wind him up and say "you know, you had a draw for the asking if only you'd offered it"?

I wonder if he will play Benasque this year. If he does and I am drawn against him, perhaps I should accidentally step on his foot and see if that causes him, like Terry Jones' hermit, to speak without meaning to - and accidentally offer a draw. You never know, it might set him off and he might find himself offering draws in every game he plays. Just to see what he's been missing. Just to make up for his twenty-nine missing years.
Posted by ejh at 9:05 pm

I really hope that the draw offer is made illegal in the coming years before say move 40 or in club matches before the end of the first session. In club matches, the draw option can be a real pain also- couple of weeks ago I had a dodgy position against someone a bit lower graded than me. Then I got back in the game and indeed had good winning chances. Also he only had 10 mins to my 16 for the next 15 moves (and he had been slow in the last few moves- he did have 25 mins to my 20). So all things considered, I was optimistic about victory. The draw offer was turned down straight away, but then my captain plonked the match scoresheet down next to me, 2.5-0.5 to us in a 5 board match. OK hint taken- I offered the draw back next move and it was snapped up.
Just think there is enough to worry about in chess without the whole draw business and a team situation adds a further unwelcome dimension.
Must say that I recently also received my best draw offer (from Antony in a Watford club game)"I am exhausted after that Liverpool(v Chelsea) penalty shoot out. Come on lets have a draw and I'll buy you a pint!".
Must say that if draw offer could be made in football, I wish that Chelsea and Man Utd would agree to it now!
Andrew

I had an amusing draw offer last year. I'd been slightly worse for the whole game, but it'd been very tight for both of us, and we got down to a minor piece plus two pawns each. My opponent was contemplating his move, and then suddenly looked up at me and said: "Are you still trying to win this?" Cue handshake.

GM Huan Bellon is one of the most fighting players in the world! I admire his energetic style and his holistic approach to chess!

I'm sure I overheard "Are you playing for a win?" at the county match on Saturday?