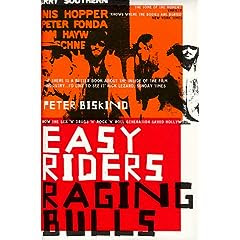 One of the greatest books ever written about cinema is Peter Biskind's Easy Rider's Raging Bulls, which recounts the rise and fall of the great independent American directors of the Seventies, a tale in which death, drugs, stupidity and genius are all on show to an enormously excessive degree in the most extensively-referenced work (absolutely everything is sourced, presumably to ward off lawsuits) that I've ever seen outside an academic journal.

Among the many pleasures of reading this work is the persistent pattern that recurs every time Dennis Hopper is involved in an anecdote. It may fairly be said that there are two versions of any anecdote relating to Mr Hopper, these consisting of:

1. The version recalled by Mr Hopper himself ;

2. The version recalled by everybody else.

Being an aficionado of both chess and cinema, this naturally puts me in mind of the leading star in our own less exalted firmament, the chess correspondent of the Times, Ray "mate in two with Qxh7" Keene. Ray, too, often has a different view of events that involve himself himself than do the other parties, which pattern is a very longstanding one indeed, stretching almost as far back as the controversy as to who wrote the script to Easy Rider. (Our parallel works here, as well, since Keene, like Hopper, has had the misfortune to encounter controversy involving matters of literary ownership.)

This blog will maybe take the opportunity, now and then, to examine some of these differences of memory, which - Dennis or Ray could reasonably argue - are inevitable when we are talking about events so long ago, especially when you have taken quite as many drugs as Hopper has, or slept off as many lunches as has Keene. I came across one of these just the other day when perusing, not entirely by chance, the discussion board which accompanies Ray's games on Chessgames.com, which discussion runs to almost three hundred pages, something that you couldn't say of many of his books.

Anyway, I was reading an entry Ray made on the 9th of August, explaining his poor performances in Argentine tournaments in 1978, apparently due to tiredness:

He probably was "a bit drained", yes. But I wonder if he was particularly drained because - as Ray has apparently forgotten, but as others may remember - he spent much time not only working as Korchnoi's second, but writing an instant book on the match. An activity which his contract with Korchnoi, others have recalled, specifically ruled out...
Posted by ejh at 12:05 pm

EJH "... which discussion runs to almost three hundred pages, something that you couldn't say of many of his books"

Raymondo's page of games is just a rehash of work he originally undertook many years ago ...

and that IS something you can say about most of his chess books. :-)

A prolific author, he has written over 140 books, mostly on chess, and still finds time to be the chess correspondent for The Times and The Spectator.

The Times slot must be one of the best paid jobs (in hourly rate) in the country.