'Modern life is dangerous' was my opening line and as if to prove the point, Bobby Fischer promptly went and snuffed it. We thought the death of the most famous chess player of all time was probably worth writing about instead so we decided to pull "We're Doomed" and put it back up today. So here it is ...]

These days, assuming ASBO wielding teenagers haven’t already slaughtered us in our beds, we are more than likely to be eaten by Rottweilers as soon as we step outside our front doors.

In the unlikely event of an of us actually making it all the way to the club for the second leg of the quick play tournament next Tuesday we will no doubt find the boards swimming in Norovirus inspired vomit, and probably succumb to Bird Flu by the end of the night. That’s if George Bush, Al-Qaeda, the nuclear industry or some combination of the above don’t blow the entire planet to smithereens before Angus gets a chance to do the fourth round pairings of course.

As if that wasn’t enough to deal with, earlier this week, Tom Hodgkinson and The Guardian uncovered a new catalyst for disaster. Yes my friends, Facebook is out to get you.

The full details need not detain us here but it seems that the social networking site is turning us all into little consumer drones. We, naïve fools that we are, are happily taking a Facebook marketing probe up the Jemima every time we log on and all they give us in return is the opportunity to play Scrabulous twenty four hours a day (a fair exchange, I say, but we won’t even get that soon). 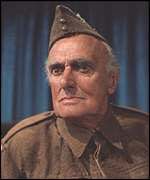 According to Wilkinson, the “real face behind Facebook” is one Peter Thiel, formerly biggest cheese of PayPal, “absurdly wealthy” and the employer of “a uniformed butler”. First against the wall come the revolution then, but there’s more …

“Thiel is also a chess master and intensely competitive. He has been known to sweep the chessmen off the table in a fury when losing. And he does not apologise for this hyper-competitiveness, saying: ‘Show me a good loser and I’ll show you a loser.’”

Did he really say that do you think? I mean really, actually, said it?

Well maybe he did. Maybe he also said, “Greed is good”, and, “Lunch is for wimps” while wearing a striped shirt with red braces and driving a Porsche 911, registration “PR1CK”, 200 miles an hour down the M4. I’d always assumed, though, that some phrases are just so inanely stereotypical that nobody can ever have actually said them in the real world.

I digress. Let’s get back to the claim that Thiel is a chess player.

My suspicions were aroused by the lack of capitalisation for “master”. Indeed, a brief perusal of the FIDE website confirmed Thiel is rated 2199 but has no title. Chessgames say that he can claim to be a “National Master”, presumably a party hat given out by the US Chess Federation or some such, but I think it safe to say that Thiel, while better than I’ll ever be, is nowhere near as good as a non-player would assume reading Hodgkinson’s article. Still, we should never let tiresome facts get I the way of a good conspiracy theory.

Oh, one more thing … according to FIDE, Thiel has been inactive since 2003. All that capitalist plotting must be keeping him busy.

Intriguing. Barden, back in his newspaper column featuring Angus's win, said 200 was Master strength. But 2199 is estimated as about 190 - still, certainly a level where you find FMs nonetheless.

There is no bastard way in a million years that I'm forty Elo points off Master strength.

I did read something more measured about Thiel that he had had the talent to become a Master if he had continued to play. Which might or might not be true.

Still, were you expecting rigorous research from the editor of the Idler?