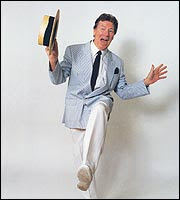 Some years ago, I rounded off a tournament on the Isle of Man with a last-round game that ended in a draw just after the time control. Reasonably pleased with myself at the time, I was mortified when Angus later informed me that I had agreed a draw in a position where I had a win, and further mortified when he informed me that my opponent was a journalist on the Sun. You mean, I said to myself, that I'd shaken hands with somebody directly responsible for degrading the politics and culture of my country at the behest of Rupert Murdoch?

I found myself reflecting on this reaction just a few months ago when it was reported that FIDE were considering defaulting players who refused to shake hands before games. I had no real objection. After all, if it's really so important to me to avoid shaking hands with an opponent on the grounds of their moral turpitude, I am surely principled enough to accept a lost point as the price of doing so.

On the other hand, I wonder whether there should really be a rule compelling players to shake hands with Nigel Short. Ivan Cheparinov presumably thinks not and it's hard to not to see his point of view, particularly when one remembers that the notorious "dunderheads" interview didn't just involve insulting people who arguably needed insulting, it also involved making serious claims about a number of people which did not appear to be supported by evidence. If you spend your time picking feuds with other people, eventually some of those people are going to balk at shaking your hand, however many friends you have at Chessbase.

Besides, I'm not going to be po-faced about this sort of thing. It's all entertainment and I doubt it does anything to damage the game. I grew up on Korchnoi and Karpov refusing each other's handshakes and it never stopped me going down the chess club. There's a passage in Fever Pitch, involving a celebrated Arsenal v Norwich brawl that ended (if I recall correctly) in points deductions for both sides, where Nick Hornby points out that while we are actually supposed to deplore this sort of thing, we in fact enjoy it immensely. Chess is a clash of minds and personalities: rather an occasional hissy fit be thrown than boards and pieces hurled at one another. Rather an occasional refusal to shake hands than hold-me-back-lads and inviting one another outside. Probably.

Actually, one can't really imagine professional footballers behaving like this before a game, which is probably why there's no rule obliging players to shake hands in the centre circle. Still, if FIDE think they can defeat the problem through legislation then good luck to them. Personally I think the ingenuity and childishness of chessplayers may prove too much for them. For what, after all, will constitute an acceptable handshake? Will it be all right to merely touch palms in mid-air? Will there be complaints that the opponent squeezed too hard? And what happens if you do it with your fingers crossed? I expect all these questions and many more to be answered in appeals yet to come.

Would I shake hands with Nigel Short? Would he, indeed, shake hands with me? So far, probably because he is a very fine chessplayer and I am not, we have never yet met over the board and thus the question has not been tested. Indeed, I have never spoken to him and he has only spoken to me once. But, brief though it was, it was a courteous exchange.

During the tournament I referred to in my opening paragraph, just after the first round began, I went to use the toilets - and as Nigel was just behind me entering the Gents, I held the door open for him. "Thankyou", he said. After that I never saw him again.

In Silvio Danailov's appeal he said "some time ago in one of his interviews Mr. Short insulted him and our team gravelly. (sic)"

Have to say, while I agree that legislation on this issue is likely to prove problematic, I'm fully in agreement with the principle of creating a strictly adhered to etiquette.

Chess can be an emotionally violent game to observing the niceties is very important I think.

A year or two ago had somebody resign with exceptionally bad grace (didn't say "I resign" or anything, refused to look me in the eye just stopped the clocks then refused to acknowledge my presence again even though he remained in the venue for at least 20-30 minutes). It left a sour taste.

I'd still shake hands with him at the start of a game, however briefly, and however much I'd rather smack the ignorant tit in the face with a sledgehammer.

Videos of incident and interview with Short afterwards are available at Chess Vibes.

Update:
The game's being played as I type... apparently the appeals committee it should go ahead but Cheparinov should apologise first.

Chess vibes are also suggesting the whole thing was deliberately staged by the Bulgarian camp as a test case for Kramnik - Topalov tomorrow ...

Wasn't the "dunderheads" comment the only thing that the FIDE committee found to criticise?

It doesn't mean that it was the only thing to criticise and not all Short's accusations were levelled at FIDE.