It was John Bennett Wot Won It

Last time we gave a sneak preview of the news that S&BCC President Angus French is the new club champion.

It turns out that in securing victory cunning old Angus recreated a moment from S&BCC history that has become almost legendary ... but more of that later - let's back up a moment and catch up from the half way point.

Round 5:
Alan (3.5) against Angus (3) this time around - and Angus winning meant the lead changed yet again.

Round 6:
The most appropriate pairing you could imagine. Angus (4) against reigning champ Tom Chivers (4). When the dust settled it was game, set and match to Angus leaving the final standings as follows:-

Angus's victory is particularly impressive because not only was he burdened with the responsibility of organising the tournament but he also only actually played five games because he gave himself a zero point bye in the first round because an odd number of players had turned up at at that stage.

Aside from our new champ, amongst other performances worthy of note are:- 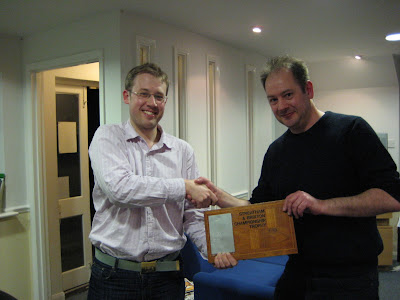 Tom hands the trophy over to Angus... 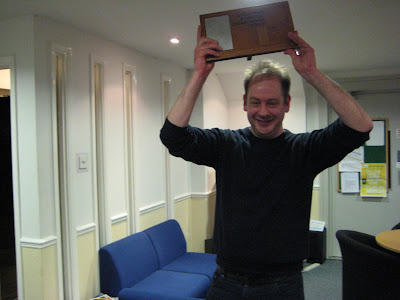 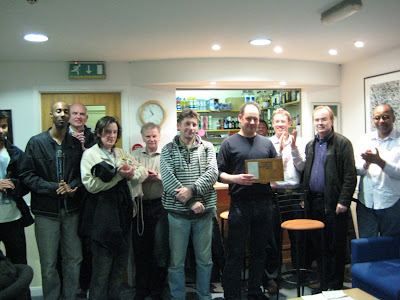 So what was the legendary moment of which I speak and who is John Bennett?

I remember it was several years ago that I first heard the story of what happened when an old S&BCCer (way before my time) took on a young Danny Gormally. The yarn can't ever have reached Alan Hayward's ears though because in round four history repeated itself.

My opening against Alan was a ‘John Bennett Gambit’:

In a London League game against Danny Gormally, played maybe 15 years ago when Danny was about 190 strength, Danny was adjusting his pieces at the start of the game without having announced "j’adoube". John pounced when Danny centred his ‘f’ pawn – "You’ve touched that…" 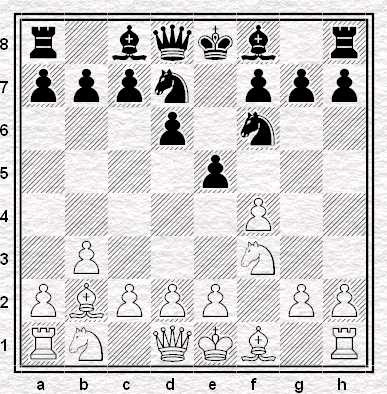 Oops. John released the pawn and, as he did so, made as though he was having second thoughts about the move. But, especially given what had gone before, there was no way Danny would allow John to play anything else. 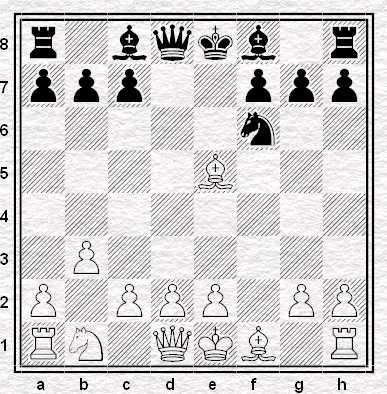 White has apparently capitalised on Black’s mistake and won a pawn... 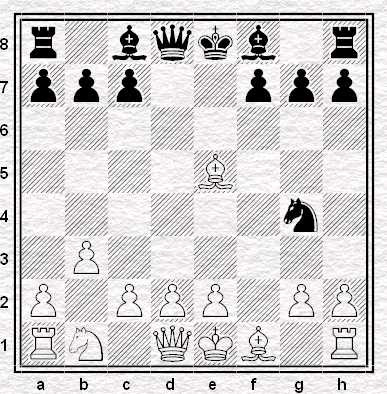 ... however he is much, much worse due to his weak dark squares. I don’t remember the moves but John went on to win his game comfortably. My game against Alan continued... 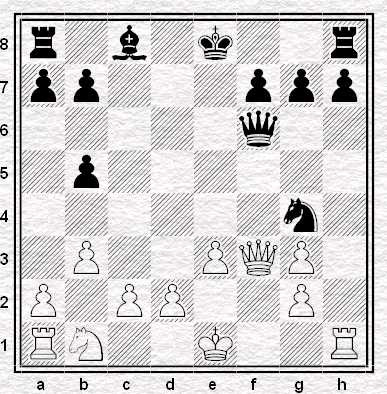 ... and eventually I was able to convert the material advantage although Alan put up a lot of resistance.

By the way, the version of the John Bennett saga that I heard has Danny Boy being less than pleased with the whole turn of events ... though whether or not he proceeded to challenge our man to a fight in a nightclub remains a matter of speculation.