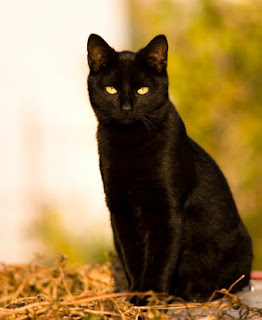 Do you have a lucky opponent? Not just somebody you really look forward to playing or even somebody that you often beat but an opponent against whom you score much higher than you might reasonably expect to?

I first met my lucky guy (MLG) sometime back in 2000 when we played out a quick draw in an Interesting French Exchange. A rather unremarkable start perhaps but in our half a dozen encounters since then I’ve managed to notch up four wins and another couple of draws.

My +4 =3 -0 against MLG is pretty good I think but if anything it might even understate just how lucky an opponent MLG has been for me. For a start I didn’t get jammy with the colours - I’ve had Black in five of our seven games – and secondly I didn’t just fluke my way to these results against the run of play.

Three of my wins (here and its double here) were rather one sided from beginning to end and the fourth, while my opponent missed a couple of a chances to secure an advantage in the middle game, ended in an extremely pleasing fashion. In only one of the three draws was I in any serious danger of losing but although I was dead lost for a fair proportion of that encounter even then my luck held and I managed to wriggle out of trouble in the end. 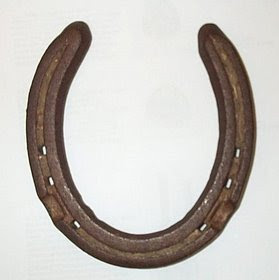 What’s really astonishing about my score against MLG is that he’s actually much the better player. Since our first meeting his grade has remained pretty much constant in the 150s ECF (2000-2045 elo) whereas mine started the century at 135 ECF (1925), rose steadily over a couple of years to the mid 150s and then fell back at an almost identical rate to leave me pretty much where I started.

In only one year in the last decade can I claim to have achieved results even remotely as good as MLG’s and yet when we play each other something strange happens – something so weird that that my performance rating for our seven games comes out at over 180 ECF (2160+) which is just ridiculous.

Generally speaking I’m suspicious of the idea of luck in chess. True in any given game a player might get the rub of the green or a bad break but this evens out for groups of games taken together and as a whole results don’t lie.

Here, though, I really can’t conceive of any factor that might counteract the disparity in our playing strengths to such an extent that the results of our games become in any way understandable. The only thing I can think of that might remotely go in my favour is that five our games - both my Whites, three of the Blacks - have been fought over French Defence territory, an opening with which I’m fairly familiar with both colours. That said, over the years I’ve found that while I often leave the opening in very good shape in my Black games that start 1. e4 e6 I don’t tend to go on to score excessively well.

Aside from the run of wins, I’ve also been really lucky to have played MLG so frequently. The most I’ve played anybody else is three times and yet fate has chosen to bring me and MLG together twice as often.

It shouldn’t happen, it can’t happen and yet it does happen – and while my run of good fortune lasts I shall continue to enjoy it, pushing to the back of my mind the rather troubling thought that one day it must inevitably coming crashing to a halt.
Posted by Jonathan B at 7:03 am

I've beaten Jochen Wittmann (King's Head, previously a clubmate of mine at Oxford City) three times out of three despite being lower-graded each time. A question of dicky openings...

Perhaps after losing against you the first time, they have developed a psychological disadvantage against you, and in turn you are more confident against them because you know you can beat them.

I have a score against my friend Pat of 10 wins and 6 draws over the last ten years. By contrast some bastard called Dave has notched up 9 wins, 3 draws and one loss against me over the same period.
Pat has much the same rating as I while Dave is a couple of hundred Elo above.