Say goodbye to your grade. It's downhill from here. Your chess will never be the same again.
I can't say I wasn't warned of the effect of fatherhood on chess form, and so it has proven. And how! Of all the points I've ever tried to prove in my life, never before have I been blessed/cursed with so many examples to choose from. Come join me in my further descent into chess mediocrity, with four examples from three rapidplay games played as a part of the Streatham & Brixton Chess Club Championship.
In the first round we reached the following position with myself as white to move: 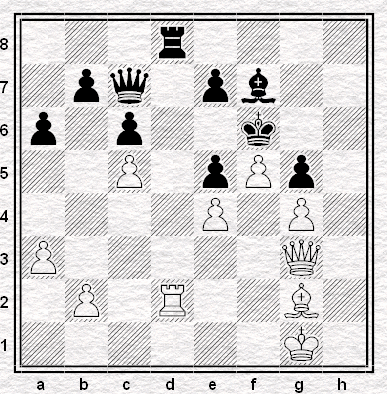 Now, at the board I remembered I had played for this position for a reason. But unable to recall what that reason was, and admittedly short of time, I shrugged and played 1.Qc3, after which the game was soon drawn. Can you see what I forgot? I did, moments after releasing my fingers from her majesty.

The next game -my only victory from the night- was a particular low. But before the details, a warning: here black has two more or less winning moves, and one of them is implied in the note below. So if you want to solve this one puzzle-style, then it's black to play; read no further. 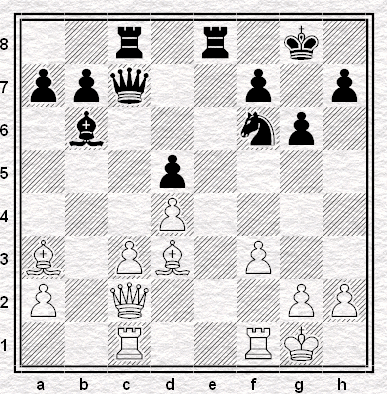 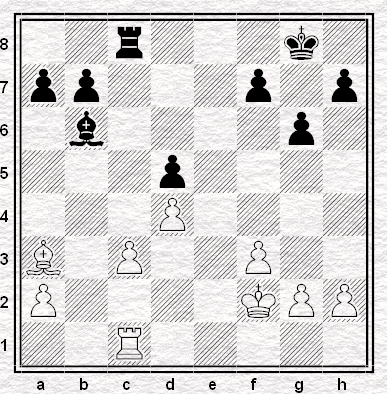 by playing 7...Rxc3. The game continued 8. Rxc3 Bxd4+ 9.Ke2 Bxc3 and I went on to win comfortably. Comfortably - and totally undeservedly, and I'm sure it won't take you more than a split second to tell me why.

Now to the final position from the night. 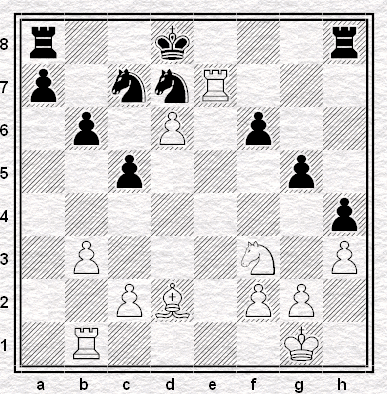 Here, admittedly conscious of the pub closing time, I played 1.Rxd7+ and offered a draw, which was accepted. But another move might have concluded the game almost as quickly, except ending it in a victory for me.
Even without a baby on their knee -happily reminding them again that their future does not lie in chess- this one at least might take our readers a bit of time to solve. Right?
Right?
Posted by Tom Chivers at 10:01 am

And then, of course, there's the notorious 'Coburn Arms Debacle' ...

Well in the first diagram:-

Qh2 threatens Qh6 mating so there's no time to take the rook. If Black drops the king back to g7 to defend that White can swap rooks and take on e5.

Re the first digram, correct. 1.Qh2 is better, although a draw is still possible.

I haven't looked at the third diagram too closely but it looks ripe for a sac on g5. Perhaps Nxg5 with Bxg5 to follow and a nasty discovered check coming.

In the second diagram, I'd recommend 1...Qxc3 as it's the most forcing continuation and you come out a couple of pawns up. Later on, 8.Re3 leaves White a bishop up.

I agree with Jonathan B on the others.

Maybe you have to lower your expectations now you have a baby. It's an achievement just to stop it eating your chess pieces.