Chess Pub: A Review (Part I) 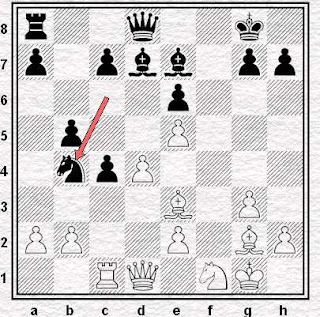 Last week [TIFE XIV] I mentioned that I've been taking a peek at Chess Pub of late. Consider that post an overture to the review that now follows: this week I'll give an overview of Tony Kosten's website and next time I'll look at what's on offer in a little more detail.

Chess Pub has been in business for over ten years now so there's a more than reasonable chance that you're already familiar with it. For those that aren't, it's a website dedicated to opening theory. There are twelve sections to the site, each focusing on a different group of openings and all of them updated monthly. Updates typically consist of around eight to ten annotated games and subscribers get access not only to these games - which may be viewed online or downloaded - but also, just as important, they are able to download the existing archive of games for that section.

£12 will give you access to one of these sections for a year; £24 gets you three; six cost £39 and you can have the whole lot for £59 (prices in euros and American dollars are also listed on the website). The pricing structure means there's a lot of flexibility in how you can use Chess Pub. For example, you can focus on your favourite opening and subscribe just the one area or perhaps, if you respond to 1. e4 with some variation of the Sicilian, you could invest in Open Sicilians and Anti-Sicilians and still have room for your defence to queen's pawn openings. Alternatively, if you play 1. d4 you might want to go for the six-section option and get 1. d4 d5; King's Indian; Daring Defences; Nimzo & Benoni; one section for when you play Black against king's side openings and Flank Openings too, just to round things out.

Although Chess Pub has divided up the material pretty well you can find a few anomalies here and there.  For example, there's no dedicated section for Najdorf fanatics - which seems slightly strange given the popularity of that opening - and if you want to follow developments in the Nimzo-Indian you may also find yourself having/wanting to subscribe to 1. d4 d5 for games that begin 1. d4 Nf6, 2. c4 e6, 3. g3. Mind you, put the Catalan in with the Nimzos and then the Queen's Gambit folk will be the ones looking for a second section for the games that start 1. d4 d5, 2. c4 e6, 3. Nf3 Nf6, 4. g3.  It just goes to show, I suppose, that you can't please all of the people all of the time.

So if, like me, you play The French Defence against 1. e4, or if you answer 1. d4 with the King's Indian, then deciding whether or not to subscribe is probably more straightforward than for those who prefer other openings. I can imagine Caro-Kann or Grunfeld enthusiasts casting envious eyes at us Frenchies and/or KIDers and wondering why we get a section all to ourselves and they don't. That said, I'm not sure whether wanting an Alekhine Defence game and getting one in the Scandinavian is really that much different to seeing games that start 1. e4 e6, 2. d4 d5, 3. Nc3 Nf6 when you want to learn about the Winawer with 3. ... Bb4. 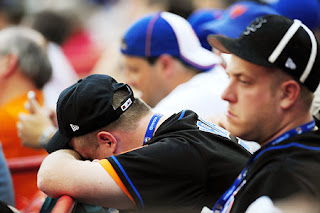 News breaks that Chess Pub has no section dedicated to 1. e4 c6

Whether it's worth paying for any particular section is going to be very much an individual choice, and the answer each of us comes up with will probably depend, to a great extent, on specific openings that most interest us. My decision, for what it's worth, is to subscribe to the French but leave out the coverage of the Dutch in Daring Defences for now.Not that the Chess Pub Dutch coverage is poor by any means.

Last month The Ginger GM Simon Williams took over Daring Defences for one off update devoted entirely to the Classical Dutch. One game that he analysed was Sen-Williams, Uxbridge 2010, the game from which the position at the head of today's blog was taken.


After looking at Shirov-Bareev from the Manila Intezonal of 1990 [The Interesting Sacrificed Exchange], I developed a speed assessment system for the kind of exchange sacrifice that Williams comes up with - there is always compensation if you give up a rook for a fianchettoed bishop (especially so if, as here, you get a nice square for your knight into the bargain).  Fortunately, Williams' analysis of his game with Sen is somewhat more sophisticated.

Chess Pub works very well as a resource to complement Williams' The Killer Dutch DVD or Neil McDonald's Starting Out: The Dutch, then. So why isn't it something I want to invest in? There are essentially three reasons:-

1. If you're overly worried about the theoretical status of the Dutch, particularly the Classical Dutch, you probably shouldn't be playing it in the first place.

2. 1. ... f5 not being the most popular response to 1. d4 at GM the highest levels, It's not likely that a huge number of games wth ECO codes A80 to A99 are going to appear on Chess Pub in the next year - and those that do are most likely to be Leningrads.

3. In any event, my experience is that my opponents are more likely to play 1. d4 2. other or 1. d4, 2. c4 and then not follow-up with g3 and Bg2 than they are to go for the main lines like Sen-Williams. It would not be logical to subscribe to Daring Defences alone, then. If I'm going to do that I should probably also invest in d-pawn Specials too - and on principle I'd really rather not do that.

Talking of those various d-pawn openings, here's one example you can find in the Chess Pub archive: David Moskovic having his arse handed to him by one of the Houskas - Miroslav, I believe - at a tournament back in 1999.

How exactly to describe what happened to Black here?  I think I'd go for 'bitch slapped', although 'utterly spanked' seems just as fitting. I leave the choice to you - and to young Mosko who might well be along shortly to tell us that he was, in fact, a little better until just before the end (and I suppose he'll have a point, seeing as Black must be at least =+ after 3. ... dxe4 and there were so very few moves thereafter).

Anyhoo, let this be a warning to those of us that don't think much of that 1. d4 2. other stuff: they might be iffy from a theoretical perspective, but they can be dangerous in practice. 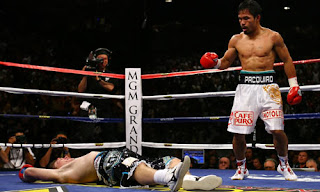 So when considering a subscription to Chess Pub, the first choice you have to make is always going to be  whether the way the site organises the material works for you. Often it will, but for some folk it might not - although even those whose favourite openings share sections with lines that are not of immediate interest might want to consider the question of whether access to the existing archive would of itself be worth the price of admission.  I would say that even if it isn't anything like as substantial as, say, the French section, there are enough Dutch Opening games in the Daring Defences archive to be worth £12 of your money.

Ultimately, then, while it's undeniably true that some folk are more at risk of being disappointed by a subscription to Chess Pub than others, it's definitely a resource that's worth considering if you want to keep up-to-date with the latest developments in your favourite lines.  What's more, depending on your circumstances, my feeling is that it may still be a reasonable purchase even if you feel you might end up seeing some games that don't particularly interest you.