Last month, in between doing my Chrimbo shopping and wishing it wasn't quite so cold, I spent a fair bit of time nosing around Chess Pub courtesy of site owner Tony Kosten. Naturally, faced with a database of 16,000+ annotated games that ran across the whole spectrum of chess openings, the first thing I did was bypass the dull stuff - your Dragons, Grunfelds, King's Indians, Marshall Attacks and so on - and dive straight in to that prince of chess openings, the French Exchange. 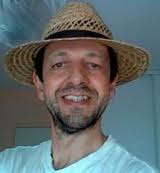 To be honest I didn't expect to find that much as, for some unaccountable reason, most sources tend not to give ECO code C01 their fullest attention.  However, I was pleasantly surprised to find more than thirty games in the chess pub collection - and a little more than half of those were fully-fledged TIFEs as opposed to Exchange Winawers (or Winawer Exchanges if you prefer).  Even better, while they had Gurevich-Short, Manila 1990, most of the collection was new to me.  I didn't know, for example, that Kramnik had ever played an IFE, let alone against Polgar.  Apparently he did though - at Novgorod in 1996.

Top marks for quantity, then.  What of the quality of the games?  Suffice to say that the ChessPub TIFEbase contains games from such renowned French Defenders as Bareev, Uhlmann, Shirov, Short, Psakhis and Stefan Kindermann.  There's also a game each from Ian Rogers and Vallejo Pons, both top GMs, but neither of whom, as far as I knew, were famous for playing the French.

One game I particularly enjoyed was Moskovic - Short from the 4NCL some years back.  Adopting the early 4 Bd3 c5 plan that I've been experimenting with since watching Simon Williams' Killer French DVD, Nosh gives a convincing demonstration of how to go about outplaying a much lower-rated opponent.


I also liked seeing no less a figure than Garry Kasparov getting a TIFE spank, even if it was only in a simul.  TIFE addicts will recall that back in the early 90s Gazza even played 3 exd5 in real games. 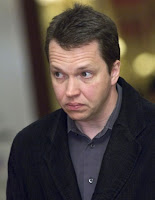 Nigel Short:
overjoyed to hear of his latest TIFE appearance on the S&BC Blog

I hate it when opening books make one side win all the games - even when we're talking about the French Exchange.  Happily, Black doesn't have things all his own way in Chess Pub's TIFE coverage.

In his notes to Short's game, for example, McDonald mentions how he once played Moskovic in the exact same line, but lost after impatiently throwing his kingside pawns forward in an attempt to obtain winning chances.  I also found Tregubov - Belov (Chigorin Memorial, 2002), a real warning for Black that s/he should not be lulled into the belief that since White has played 3 exd5 he must only be interested in playing quietly for a draw.


The three games cited here, and indeed all the others in the collection, are fully annotated, the vast majority (over 90%) either by Neil McDonald or John Watson.  The latter has recently taken over the running of the Chess Pub French section and since JW also has a strong history as a writer on all things French, I think we can assume the quality of TIFE coverage will not diminish under his watch.

I'm definitely a fan of Chess Pub's coverage of the French Exchange.  If I have any criticism at all it is only that the classics, Gurevich - Short aside, are rather neglected.  Even that is possibly not such a serious drawback: perhaps I flatter myself, but I believe the interested student can find many of the great historical TIFE encounters right here in this very series, e.g.:-

This one reservation notwithstanding, ChessPub is without doubt the finest single resource I've yet to find on the French Exchange and I commend it to anybody interested in exploring this most wonderful of chess openings. For those who don't find this reason enough to take out a subscription to Chess Pub, a full review will appear here in the next week or two.

I like Chess Publishing a great deal : I first subscribed to it about a dozen years ago although I couldn't swear that it's been continuous since then. I subscribe to three sections, all basically for my Black openings. But in all this time I've never quite worked out how you're supposed to access the playthough games that are included in the pdf e-books....

I'll be subscribing just as soon as my review membership ends, though probably just to the French section at first - for reasons that will appear in my review.

someone sent me a link to this. what idiot is writing this article? White was actually a bit better in my game v short but i misplayed it later on. It's annotated by some GM on megabase base; black's play not really convincing until the very end.

Mosco my dear old thing. Welcome to our humble blog.

"... what idiot is writing this article?


White was actually a bit better in my game v short but i misplayed it later on...."

You misplayed it - he didn't. You were a bit better, you say, but you still lost. Ergo, he outplayed you. Logical, no? If you don't find my being convinced convincing then I wouldn't let it bother you too much.

You seem to be in a bit of a bate. I'm not sure why. Perhaps you are offended being described as a "much lower rated opponent"? I would hope not. It's all relative after all and there aren't many folk who wouldn't be much lower rated than The Nosh.

Anyhoo, keep up the good work keeping that finest of openings The French Exchange in the public eye.