Once was enough I : Latvian Gambit 3.Nxe5 Nc6 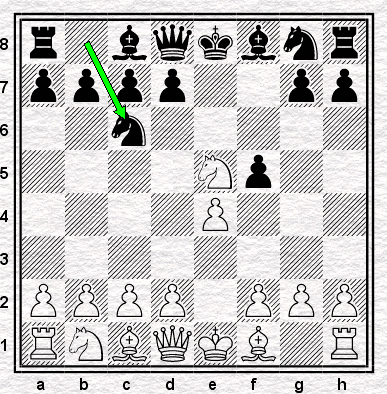 1.e4 e5 2.Nf3 f5 3.Nxe5 Nc6
Mark Twain seems to have been in the news quite a lot lately, which is not bad going for a dead man. With all the controversy over what he said, and what some people think he should have said, I should be careful to note that his commentary on smoking - that it was easy to give up, because he'd done it thousands of times - is, as far as I know, "attributed". It would still do as an epitaph.

It will also do, moreover, as a theme to a series: opening variations that I have given up. But in this instance, not only given up, but given up after playing the line only once. As if we were to give up smoking every time we had a cigarette - then change the brand, and have another one. And then give up again. And so on.

Whether this really is an apt analogy, I don't really know, never having smoked a cigarette in my life (or not a legal one, anyway). But it will do until we find a better one. So it may last rather longer than the openings to which it is being applied.

These openings. These short-lived openings. Why would anybody adopt an opening, read it up, "learn" it, expend time and money and effort in the process, and then abandon it after a single game? One can think of a number of explanations, most of them coalescing around the theme of "stupidity".

Well, obviously. Most of what we do looks stupid when we look back at it. But even stupidity has its reasons. So let us see if we can see how this stupidity became, if only to see how other players can avoid it in the future. Or find, more likely, other stupidities, equally stupid in their particular stupid way.

What actually constitutes a variation we have played only once? In a sense almost any game might qualify, since with the exception of very short and very unusual games, almost every game is unique. Almost every game creates a new variation, in its way.

So I shall mostly select lines which would have been major choices. Which, if I changed my mind, would have had an impact on whichever first or second move I chose (though the variation, itself, might "begin" rather later in the day). Not sidelines, but positions I could have expected to reach on a regular basis. Lines, which, if they were to be abandoned, would involve a large rethinking of my repertoire. Lines of which one should, therefore, be reasonably confident before choosing them. But choose these lines I did. And abandon them I did as well.

Most (if not all) of the variations that we'll see involve my playing the Black pieces, and most (if not all) involve defending against 1.e4, against which I have played many, many different lines, and like Twain, given up almost every one. Many of them, too many, after just the one attempt. 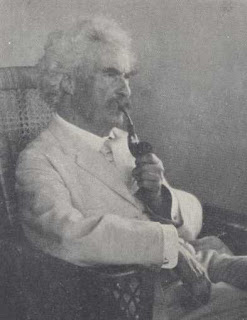 You wouldn't catch me playing this rubbish
There's no end to this process, and no obvious beginning, but much of it took place a period in the mid-Nineties, when I was, mostly, playing a lot of chess and buying a lot of chess books. I had taken a long break from chess after going to college in 1983, and when I resumed, I started by playing the same openings (Benko Gambit, Sicilian Scheveningen and 1.e4 with White) which I had been playing when I left school.

Gradually I became dissatisfied with each, the Benko going first and the e-pawn being replaced with the English late in 1994. I stopped playing the Scheveningen earlier the same year, for reasons which (in so far as I can remember them) we'll talk about at a later date. For a while I'd also been throwing in the occasional Petroff, another favourite from my youth, but (and we may also touch on this in a future post) I'd suffered some disillusionment in this line too, at roughly the same time. So I needed to find something else.

I didn't. Or at least, not for around another ten years. Ten. It took me that long, not so much to find something that answered all the questions I was asking of a Black defence, but to appreciate that I was asking too many. In the meantime, I thrashed about like a spider on the run. For a short period I decided I was happy with the Lopez in one form or another, but then everything fell apart and over the course of 1996-9, looking back at my scorebooks, I find I played:
and a partridge in a pear tree, that partridge being the Latvian Gambit. Not just any Latvian Gambit, but a particularly loony Latvian, this line being the theme of today's post. And like too many partridges, it got run over the first time it tried to cross the road.

WHERE I FOUND IT: In Tony Kosten's The Latvian Gambit (Holt, 1995, the British publisher being Batsford) which I had picked up somewhere or other, and bought on the strength of having liked the same author's book on the Philidor.

WHY I PLAYED IT: At this distance it's hard to be sure of anything. To compound the problem, as this was right in the middle of my thrashing-around period, I was making and unmaking so many choices that in all probability, nothing can have been very clear at the time, let alone much later. However, I think that in my choice, I was influenced by the fear of what the other player may know. The other player may know the weakness in my line. Hence, or so the mental process may have gone, let us find a line that they do not know, one that is perhaps underrated, and play that instead. It's as if our spider on the run had decided to escape by heading down the plughole.

Originally I'd intended to play the "normal" line, with 3. Nxe5 Qf6. I'd played the Latvian twice against strong (190+) players in a tournament early in 1998, both of them responding with 3.d4 instead. I drew one of these game and lost the other, but obviously felt sufficiently vindicated in my choice to try it again against Adam Hunt in the county championship in April.

Not so vindicated, though, that I played it in between: I had Black three times in the intervening period and played one King's Gambit, one Centre Counter and one Wormald Variation of the Lopez. (That's the line with 5.Qe2. Had 5.O-O been played, I might have intended 5...Nxe4. Who knows.)

Possibly I may have been influenced by the possibility that Adam, who'd been present at the tournament, had seen those two games, and would do some work on the Latvian before playing me. And I wasn't really happy with Black's prospects in the main line, which continued 4.d4 d6 5.Nc4 fxe4 6.Nc3 Qg6 7.f3 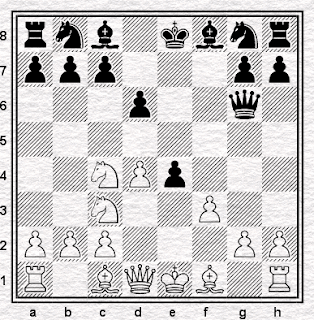 in which position Black has sacrificed perhaps too many tempi for the privilege of opening up his queen and king.

So, with the logic that was informing my choices at that time, I replaced an intended line that was little-known and a little dubious with one that was even less well-known and even more questionable.

WHY I STOPPED PLAYING IT: The outcome of the game may have had something to do with it, since Black was lost before the move count got into double figures. That said, it might have been a different story if, instead of 7...Qxe5? Black had played 7...O-O-O since after something like 8.Nc3 Qxe5 9.Re1 Bd6 10.g3 Qf6 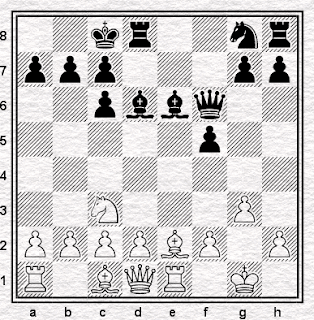 Black seems to me to be doing perfectly OK.

But White had rather better options on moves 5 and 6. Or, for that matter, on move 4. Round about this time I bought a very good book by John Nunn which, among many other things, took time out to criticise Tony Kosten's book and the gambit it was recommending. This caused a certain among of friction, since Kosten seemed to feel that Nunn had accused him of being less than candid with his readers. (Nunn, for instance, talked of "secret code words", i.e. phrases that admit that a given recommendation is not actually that strong, without openly saying so.)

Be that as it may, Nunn also paid some attention to the 3...Nc6 line, about which he was no more complimentary than he needed to be, and which he claimed, convincingly enough, to have refuted almost without trying. He gave 4.d4 and if 4...Qh4, which was Kosten's suggestion, then 5.Nf3 Qxe4 6.Be2 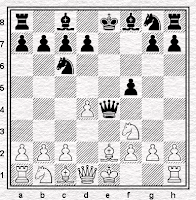 and Black's position is manifestly rubbish. I don't know precisely when I saw Nunn's book, or whether I had decided to junk the Latvian junk before I'd seen it. I do know that once having seen this variation, I was never going to play that line again.

Not just because of Nunn, though. Because it was rubbish. So I had to find some other rubbish to play again. And, as we will see, I certainly did.

CHANCES OF MY PLAYING IT AGAIN: I'd rather beat myself around the head with a brick.

Will there be another series called "Not even once"? If so, I predict #1 will feature the Haldane Hack!

If Justin can play the Latvian Gambit, he can play anything.

Frankly, i find it hard to believe he ever did punt 2. ... f5 after 1. e4 e5, 2. Nf3 though. Perhaps we should approach Adam Hunt for independent verification.

I used to play the Latvian on a regular basis, and got some good results with it.

Sadly, I have come to the conclusion that 3Nxe5 pretty much refutes it if White knows what he is doing.

Still, one sympathises with Kosten (whose book is one of several Latvian tomes I still own) - even if Nunn was right, he was also IMO rather rude.......