I was a teenage Mars Bar thief

“Eighteen years on Feller, Marzolo and Hauchard are surely not the last to follow in von Neumann’s footsteps, just the latest.”

Or so I wrote last Tuesday, anyway. I was wrong, though. A new case had already come to light – and right here in England too – so La Farce Olympienne (© Seani the Invisible Blogger) had already lost its position as the most recent example of silicon-based cheating in chess.

Another chesser being caught cheating in this way is hardly to be welcomed, but at least the ECF has now been spurred into action (see yesterday’s post). If we’re lucky the fact that it happened to involve a junior* might also bring to an end calls for those who have been caught cheating to be handed automatic life bans.

It’s not difficult to imagine circumstances in which it might be appropriate to permanently exclude somebody from the game. To instigate such a punitive measure without any regard to the context of the incident, though? That’s patently unjust. All of us – even the police officers and tabloid journalists amongst us – would do well to remember that youthful folly is not the exclusive preserve of those who are currently young. 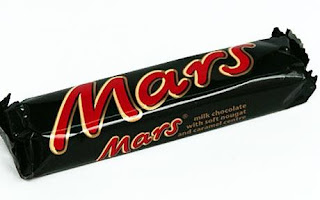 Since I am talking about other people’s juvenile indiscretions today, it is only right that I tell you about my own. I was once, you see, a stealer of Mars Bars. Literally just the once: one otherwise completely unremarkable day - I would have been about 13 - I helped myself to some chocolate as I left WH Smiths. I didn’t even want any particularly, and yet I slipped a Mars Bar into my jacket pocket and walked out of the door.

It was an impulsive act, and I haven’t the faintest clue why I did it. I had money in my pocket to pay, but nevertheless I stole from a shop in my local high street. However, in the thirty years that have since passed I’ve yet to do it again, and neither have I done anything else that might attract the attention of the local constabulary for that matter, so consider me fully rehabilitated. “Bloody Hell! That’s extortionate”, I think when I see the price of Mars Bars these days. I don’t pinch them, though.

The peak offending age being between 14 and 18**, it would seem that my story is far from unique. This is not to say that all teenagers commit crimes, just that people who do offend are very much inclined to start early and stop pretty soon afterwards. I suspect that this also true, more so probably, for those (like me) who don’t appear in the official crime statistics for the simple reason that their stupidity went unobserved. 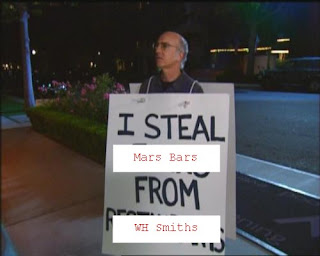 The moral of the story for the chess world is, I think, rather obvious. People do boneheaded things when they are young and whether in the tournament room or outside in the world at large, they are usually acting like morons rather than Moriartys. An automatic indefinite ban for adolescent cheats would be manifestly ridiculous and, moreover, deeply unfair.

It is unjust to ban juniors for life? Certainly. Aside from the fact it is far from obvious that a cheating teenager will continue to dupe his/her opponents once s/he’s matured a bit, consider how long a punishment we’d be talking about here. A swift googling leads me to believe that life expectancy in Britain is currently a shade under 80. A life ban for 17 year old, then, could mean something like 63 years being prevented from playing chess. This is what we want? Really?

As well as the need for us to give a proportionate response, there is the question of the wrong-doer's culpability too. Imagine, for example, if Gata Kamsky was a junior today. If any parent is going to encourage their child to cheat it’s going to be somebody like his father isn’t it? Were we to catch the child of that sort of man cheating would it really be right to say, “you can never play again”? Who would really be guilty there? The adolescent encouraged (forced might be a better word) into cheating or the bully they had the misfortune to have as a parent?


To be honest, I don’t think automatic life bans would help us tackle the problem of cheating in chess anyway, and I tend to feel they would make the chess world worse rather than better.  That’s a blog for another time, though. For today let's just say that while the arguments against them don’t only apply to juniors, the absurdity of permanent removal from the game regardless of the circumstances is certainly highlighted when a child is involved. Let us condemn the behaviour for sure, and agree a punishment too where appropriate, but let’s not forget that people – even chessers – do grow up. That they can, and do, change.

As it happens, last weekend I was nosing around one of the seedier corners of the internet (not that sort of website is all that I’ll tell you) when I came across something that rather shocked me. Not the thing itself, but the fact that somebody that I knew appeared to be involved.

Was it really my friend? It turned out that it was. He was 17 at the time, he told me, and now deeply ashamed of what he had done. I asked if he’d object to me using his story as an example of how a person can get up to something that would generally be regarded as reprehensible in their younger days and yet still go on to become a fully-respectable member of society later in life.


“I think I kinda would mind. At the moment, anyway. I mean, there's no hiding from it -- it's there for all to see -- but I'm in the process of trying to forge a relatively serious career at the moment.”

So there we leave it. In life, as in chess, sometimes it’s right that we allow people to forget and move on, don’t you think?


* with thanks to Kevin Thurlow and Andrew Farthing for bringing the matter to my attention.


** Oxford Handbook of Criminology, ed. Maguire, Morgan & Reiner: OUP 2007.  This was true throughout the second half of the 20th Century in both England and America. The figure for females, I mention as a by-the-by, is slightly lower than it is for males.

Is there an argument that by naming and shaming children, other parents are less likely to try to cheat?

Why would you ban someone from playing chess for life? If they have done wrong they should be punished not rewarded!
Andrew


*Tom:
I'm all for incidents being publicised, especially the outcome for the offender. I don't see the name of the child involved *necessarily* need be given though - and certainly not as a matter of course.

Those who read the English Chess Forum will see that said there that I don't want to make any fresh comments about the episode.

I'll just repeat three comments which I made there.

Firstly, as Jonathan says, most of us did stupid things when we were teenagers. (I commend Jonathan for confessing his sins, but I'm not about to confess mine.)

Secondly, I'm as sure as I can be that the player in question wasn't put up to it in any way.

Thirdly, the reaction of his parents was an entirely appropriate one in my view.

I cheated on a low board in the Lloyds Bank Masters as a teenager. I moved a rook, realised instantly that it was en prise, and adjusted it to the next square. But I took my hand off for a second. Naughty! Had I been seen and subsequently banned for life I would not be too happy with the chess world. Also I may well have returned by now under a different name.