Scientists at Aberystwyth University in Wales have shown that a shake transfers more bacteria than other forms of hand-on-hand action.

They are calling for the widespread adoption of the fist bump instead.

Public Health England whimsically suggested a Victorian-age bow or curtsey would be even safer.

In the light of the news, championship organisers have asked competitors who expect to begin games with a handshake to arrive at their boards ten minutes earlier than normal in order to allow time to wash their hands afterwards. 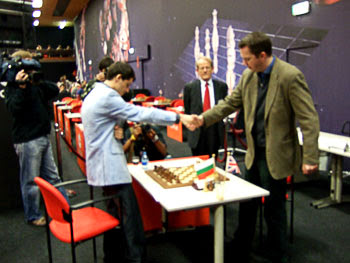