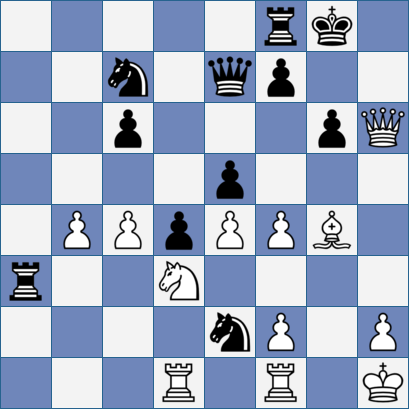 And here we go. Or rather, there we went.

It was four years ago that I started writing about the format of the British Chess Championship [Bigger and Better?; Wagging the Dog]. A year later [Mummy’s Little Prince and the Sheffield Rest Day] I wrote of the schedule - 11 round swiss, Monday to Saturday in week 1, Sunday rest day, Monday to Friday in week two - and how it had remained unchanged for several decades.

Well for this year, at least, things are different. OK, they’re different only so that there won’t be a clash with the Olympiad, but they’re different nonetheless. We can but hope that the enforced change  might open a few minds with regard to what might be possible hereafter.

Anyhoo, when I think about ISEs from past British Championships one by You Know Who from Blackpool immediately springs to mind. We’ve had it on the blog before, but that was four years ago, - RCP VII being published a few days after my thoughts on the poor state of the contemporary championship tournament - and defensive sacrifices have been few and far between so far in this series.

If nothing else, I’m sure Ray would appreciate the recycling of old material.

Going back belatedly to RCP VII, Penrose-Keene probably was the most significant game between British players in the 70's, granted. A close second, however, was Hodgson-Short in the British Championship at Chester 1979, in which Julian lost from a totally winning position (their first meeting, I think). I know at least one well-placed opinion which holds that from that moment Julian never had any significant ambition in the game (apart from, y'know, being a GM, regular British Champion, earning a living and all that stuff), and certainly within a year it was Nigel being invited to the Phillips and Drew and not Julian.

For losing from a totally winning position, see tomorrow's posting. There will be more to it than that.