Well done Paul McKeown (of Athenaeum CC here in London) for his erudite talk on Monday evening at the City Lit on the de la Bourdonnais-McDonnell match of 1834.


He gave us rich and fascinating detail on the two players, their social backgrounds and political outlooks, as well as a graphic evocation of the atmosphere of the match (or matches - there were six back to back high-rolling slugfests altogether). The Frenchman was dominant, winning 45 of the total 85 games played (McD won 27, with 13 drawn).

Was it all just a historical curiosity, or the dawn of modern match play? Paul made a good case for the latter, as well as putting us right on the spelling of the Irishman's name, introducing us to the wicked delights of Walker's Chess and Chess Players of 1850, and giving us, in passing and off piste, a synopsis of the evolution of chess - and a succinct assessment of Howard Staunton's personality. Quite a tour de force.

Is there an audience for this sort of thing? There were a dozen of us there - all chess buffs to one degree or another - to put Paul through his chess-historical paces, with someone pointing out an easily overlooked resemblance between character-actor Peter Lorre and M. de la Bourdonnais lui-même. See for yourself. 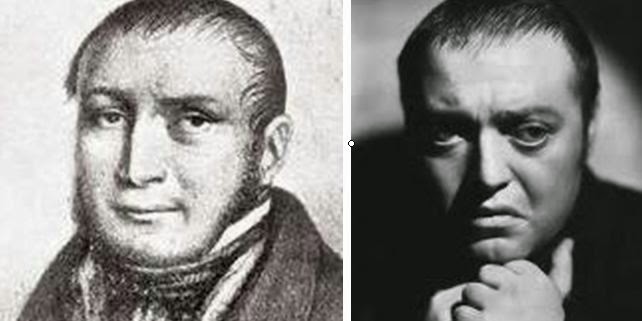 If you went just for the actual chess of the match you might have been disappointed as it featured only at the end of the evening (just as your roving reporter had to leave); but holding it back was probably wise as any earlier and the audience would have been dissecting the games till the cows came home and the college caretaker left for his. Anyway the games are online, including the one that Paul demonstrated: the cracking 16th game of the 4th match (with a steamroller of three connected French pawns on the 7th).

I'd say that a dozen was a pretty decent number for such a niche subject: no more obscure than many others on the City Lit's wide ranging programme. Would we like more of this sort of thing? Yes, please, and we'll post a flyer here for the next one.