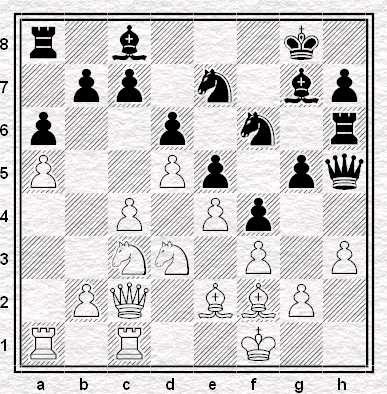 Bravo. Yesterday Jack Rudd proved he is a respecter neither of GMs nor of recent interviewees of our humble blog when he added a victory over Simon Williams to the point he scored against Keith Arkell in round one.

The key moment of the game came on move 19 after both players had rattled out their theory to reach the position at the head of today's post. The Ginger GM didn't pause for much thought here before playing ... Bxh3. The sacrifice looked dangerous to me at first but after Rudd had accepted the booty his king simply legged it to d2 and Black was in big trouble thereafter. 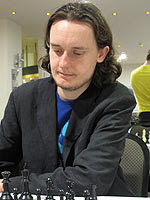 Having run out of S&BC Blog interviewees to play
Jack will be on his own from now on.

Jack's reward for reaching 3/3, incidentally, is to be paired with Black against Michael Adams (2706) in round 4 while Simon will have White against Mark Rich (2166). Seems a bit harsh doesn't it? I suppose the 540 point difference between their opponents elo ratings is partly down to Mickey being so much stronger than everybody else in the tournament and partly just the way Swiss tournaments work. The subject of today's blog is also going to have something to do with it though ...


The "tail" seems long this year.

So said our regular visitor and contributor to the comments box RdC and he certainly seems to have the numbers on his side. The rather curious distribution of the Canterbury entrants’ playing strengths caught my interest and I have to say that in conjunction with the massive expansion in the size of the field over the last forty years it leaves me feeling a little uneasy. Why so? I’ll get to that later; first let’s examine the stats.

According to the official website Mickey Adams is the highest rated entrant at Canterbury with an elo of 2706 and Jasper Tambini the lowest with 1890. To examine the spread of players’ ratings we can take the midpoint of these two figures - 2298 - and then divide these halves further in two to give us quarter points of 2502 and 2094. If the field was spread evenly along the rating spectrum we would find a similar number of players in each of these quartiles but in fact almost three-quarters of the 'contenders' for the British Championship are in the bottom half of the rating range.

Actually, these figures are somewhat misleading because Adams is so far ahead of everybody else; the gap between him and second seed Nick Pert accounts for two thirds of that 1st quartile rating band. Even if we treat Mickey as an outlier and repeat the process without him, though, the overall conclusion remains the same: the championship is bottom-heavy.


This is rather strange when you think about it. This is the tournament to decide the British Champion and yet even excluding Adams there are as many players at the bottom of the elo range an there are at the top. Looking at it another way, we can also see that while not even one in four (18 0f 78) of the Championship entrants are considered strong enough to qualify automatically (i.e. have a rating of 2350 or above), the tournament is stuffed with players in the lower-middle order. Twice as many of those playing in the British Championship have ratings between 2055 and 2200 than can be found in any other quartile. 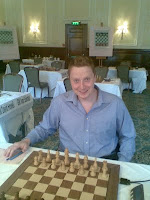 A curious distribution of playing strength, then, but a problematic one? Coincidentally, a few months ago I had asked Jack's third round victim what he thought of the 11-round Swiss format of the British. Williams [I, II, III] replied,

I quite like the British Championships the way it is. I think that it is a great chance to bridge the gap between professional players and talented/active amateurs. I can remember playing my first British, it was great to be able to challenge some of top players in the early rounds. It really made me want to aspire to become that strong.

It's not difficult to see the relevance of Simon's comments to the Canterbury tail. For sure playing at the British is likely to be a great boon to the development of many of those chessers at the bottom half of the field, and neither should we forget that the extra entry fees that this group generates for the organisers, but that doesn't mean that there isn't a downside. 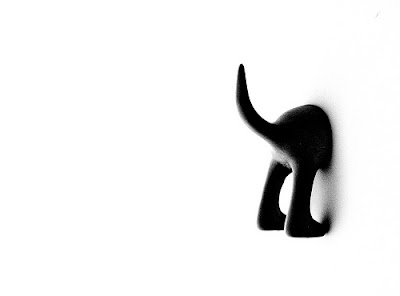 The problem is that the Championship tournament has been so busy fulfilling all the demands we've placed upon it - the need to raise revenue to fund the whole event, the need to give the lesser lights* something to aim for - that it has forgotten that its primary function is to determine the Chess Champion of Great Britain. It seems self-evident to me that 'the best playing the best' is a much better system for determining a national champion than packing a tournament with, relatively speaking, mediocre non-contenders but unfortunately what we've ended up with is far from that ideal.

Canterbury, I'm afraid, doesn't compare very favourably to the 24-player tournament that the Americans recently organised to find their Champion. In contrast to our cousins' elite event we have a Championship in which the tail has been allowed to become more important than the dog. That's not, I fear, a situation which is sustainable in the long run.

The pooch
Posted by Jonathan B at 8:00 am

You'll be interested in this link (if it works) - https://spreadsheets.google.com/ccc?key=0Ao3EDahtD4yCdEZibFl0N0I3ZVpfRFhYX0RjNS1UYUE&hl=en_GB&authkey=COnCkZEJ#gid=0

Hurrah! Thanks to Adam for this.

So it seems that over the years while the Championship tournament has been growing the Major open has been contracting.

Would you care to offer an opinion as to whether this is a good thing? While I'm at it, what do you think about the spread of ratings we have in the championship tournament at Canterbury?

When I wrote a piece about how I thought an all-play-all would be a good thing for the championship a couple of years ago, I seem to remember suggesting that one consequence of restricting numbers in (and qualification to) the championship would be a rise in the prestige of the Major Open. I'd stick to that.