A turn for the worse

Even if when I met you I had not happened to like you, I should still have been bound to change my attitude, because when you meet anyone in the flesh you realize immediately that he is a human being & not a sort of caricature embodying certain ideas. It is partly for this reason that I don't mix much in literary circles, because I know from experience that once I have met & spoken to anyone I shall never again be able to show any intellectual brutality towards him, even when I feel that I ought to

- George Orwell, letter to Stephen Spender
The British Chess Magazine is changing its editor, and I am doubly sad to hear it.

I am sad in the first place because it means the departure of John Saunders, who I've known for a few years now. Although he had published an article of mine a few years previously, we first actually met, in person, in Port Erin at the Isle of Man International in 2003, the event notable for Nigel Short's brief appearance and sudden departure. Our meeting coincided with an encounter with a Manx, as a result of which we discovered that we shared a passion not only for chess but, much more importantly, for the domestic cat. I liked John, and we remain friends.

I've never been a subscriber to the BCM and since I now live abroad, I do not often see a copy. But I've written two pieces for the magazine: the first of them, mentioned above, was about the curious phenomenon, in openings books, of identical positions, reached by different move orders, which are assessed differently, in different places, in the same book. I came across a few of these by chance and put together an article about them: obviously if the same were to happen now, I'd do a series on this blog instead. Perhaps that encapsulates the problem any magazine editor has in the present age - much of what they would want in their pages goes on the screen instead.

That's a contemporary problem. It is not, however, the only problem. There are all sorts of problems, intrinsic to the nature and size of the chess world, which affect chess journalism and which often make it difficult to produce chess writing that is good, critically-minded and independent.

One of these is the reason Orwell gives to Spender. Chess is a small world, British chess a smaller one and sooner or later almost everybody in it ends up knowing everybody else. If you are writing about somebody in that world, or reviewing a book, chances are you're discussing a friend, or the friend of a friend, or if they are not a friend they are almost certainly an acquaintance. This can't help but affect what one is prepared to write about them. It's not necessarily log-rolling, it's humanity. There's pragmatism, too: even if you wanted to offend leading figures in the chess world, you cannot necessarily afford to, because you need their contributions. 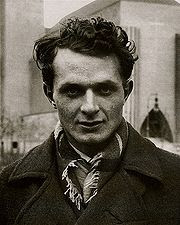 a human being and not a sort of caricature
Another is the kiss-up-kick-down reflex which in stronger or weaker form is all too common among professional chessplayers and by others who are close to that world. Make criticisms of a leading player and it's funny how many people will tell you that you're only saying that because you're jealous, or that you ought to shut up because you could not do what they have done. These attitudes are by no means restricted to the leading players themselves. Even when writers are prepared to criticise, in a book review for instance, it's too often hedged around with a lot of cap-doffing to the effect of "of course I have great respect for Grandmaster Smith's achievements", rather than them having the full courage of their convictions.

The effect of all this is that too many people are reluctant even to see that a bad book is bad and very few are prepared to say so unequivocally. But all this produces is bad journalism, and a by-product of that bad journalism is that even more bad books are produced.

The problem is that because chess is a competitive activity, there is a very natural hierarchy within chess. As there is in sport generally, and in other fields where individual success is of great importance, which translates itself into a hierarchy of opinion. I have achieved more than you, I am better than you, hence who are you to talk about me? This is an understandable reaction and we probably all of us react a little like this in fields where we ourselves are expert. But the practical effect of this syndrome is to make the content of an opinion much less important than the identity of the person expressing it. 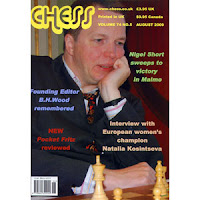 has achieved more than the present writer (but who has not?)
These are among the pressures which affect people writing about chess, especially if they are doing so for a living. Worse is when the writer or editor positively embraces those pressures and their journalism becomes entangled with their business interests, or the interests of their friends, or the interests of their owners and sponsors.

It is, for instance, impossible to read Chessbase for very long without noticing that it promotes the owner's friends, political allies and business interests. When it isn't doing this it's a perfectly good site, but nevertheless one that lacks any independence and which is marred by that lack of independence. Similarly, not all of Rupert Murdoch's papers and TV channels are without merit, but the fact that every last editor among them follows the owner's political instructions manifestly reduces not just their quality but their trustworthiness. They lack independence, and independence is really the theme of this piece. That, and independent-mindedness, their importance in journalism and in its editing.

Perhaps nobody is entirely independent. You cannot be when you're appointed by somebody else - and even in circumstances when you are not, you're still affected by the same human pressures that I outlined above. Still, there is such a thing as being independent-minded. As being your own person, and as wanting to be your own person. Whatever other qualities it takes, I do not believe you can be a good journalist, writer or editor without that quality. And now the British Chess Magazine has, as its editor, somebody who is not independent-minded and who for some time now seems to have sought to be as little independent-minded as he can.

Of all the people they could have chosen, the directors have appointed Steve Giddins. Who would be quite the wrong person even in a field of one.


On hearing the news, I assumed the directors of the magazine had interviewed all the possible candidates, given them marks and then appointed the one with the lowest score, by accident or as a joke. However, their announcement makes this claim:

[Giddins'] witty and informative tournament reporting has become a regular feature of such major British chess events as Hastings and the Staunton Memorial.

which prompts the reflection that if you confuse toadying with wit, one can see how you might think so. Perhaps that confusion explains his success in getting the job.

But the directors have more to say:

Steve has some exciting plans for new features and contributors

There's one thing to be said in its favour. Given that Giddins' recent output has been characterised by nothing more independent-minded than a willingness to say nice things about anybody who's prepared to pay to read them, he might not have to pay his contributors at all. Which I suppose would work as a business model. 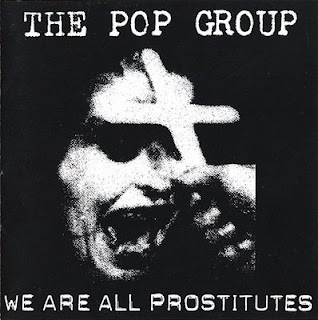 The British Chess Magazine has been going for 130 years now, and I don't suppose it has made a worse editorial appointment than this. One must assume that they have acted in desperation. In which case, while one hopes in principle that its directors can save their magazine, in practice, we may be reminded of the fate of Bến Tre.

No, really. Could they not find anybody else to do it? Was it Option A Steve Giddins or Option B closure? The directors conclude their announcement by hoping

that a new generation of readers will join them in supporting the magazine under its new editor.

They may. Or a new generation of readers may prefer to get their chess news from the internet. There was a time when that would have been a bad thing.

What makes you think that BCM was currently paying its contributors? The editor writing bigger and bigger chunks of the magazine was always a bad sign (no offence to John Saunders' writing skills).

What makes you think that BCM was currently paying its contributors

For what it's worth, I got paid last time I wrote for it. But you might like to take into account my comments towards the bottom of the piece.

I don't know Steve Giddins personally. I don't have anything for him or against him (although I read his book on choosing an opening repertoire and thought it was useful). You obviously have a very negative opinion of him, but I don't see much in your post to support that, apart from a rather general allegation of toadying. Maybe his misdeeds are too well-known to need repeating, and I'm isolated from what passes as common knowledge in the rest of the British chess world.
James

EJH is currently away and may or may not wish to respond in due course. In the meantime, you may wish to begin your Giddens research here:-

Although that link was included in the article so perhaps you may not.