No thank you, CJ

I wrote to our President last week.

You'll recall my surprise that a Karpov fundraising event appeared to be disguising itself as a Ray Keene publicity drive and my concern as to whether this was entirely wise. 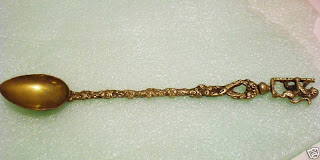 So having read the following in Chessbase:

For more information and tickets please contact CJ de Mooi, the President of the English Chess Federation. The email address is president@englishchess.org.uk.

and having seen a similar ad on the ECF website, complete with that same official email address, I sent CJ a message via that address. Just to ask.

...as an ECF member (membership number 4166) I wondered if I could ask you about the extent of Ray Keene's involvement in the Staunton Memorial Dinner, which the ECF is promoting.

Imagine my surprise, when CJ's commendably swift reply (from his private email address) arrived, to be informed:

May I just say that this dinner has nothing at all to do with the ECF other than the fact the President is organising it? It is a purely independent nature that I myself am undertaking.....this is a private venture free of the ECF auspices.

Now, I don't know about you, but if I were to organise something in a private capacity, entirely separate from the organisation of which I was President:
Or, to put it another way, if I did do these things, I wouldn't expect anybody to believe me when I said I was acting in a private capacity. Not least because, whatever my intentions, I very obviously wouldn't be. Which point I made:

This may all seem very obvious. But let us hear the man's defence:

Thank you for your comments, they'll be taken under consideration.

However, I'm sure you've realised I can't advertise my personal email due to my public position.

That's surely fair enough as far as it goes. But I wonder if there may be an obvious solution?

As somebody who also likes to keep his email address private I can understand that you might wish to do the same, but unfortunately that's not a justification for using the ECF address, as it were, privately. If you're really intent on selling tickets for Ray's event can I propose the creation of a bespoke email address for the purpose? It takes only a few minutes and I imagine something like penguineventcash@yahoo.co.uk may still be available.

Thank you, I'll look into it.

Glad to be of service. I look forward to seeing the ads amended accordingly.

This is not Ray's event though, it is mine!

Now let us do CJ the favour of accepting that he, at any rate, believes that. But we, at least, may have our doubts. Among other things:
I think the answers to to those questions are "no", "no" and "no", where "no" means "very obviously not". 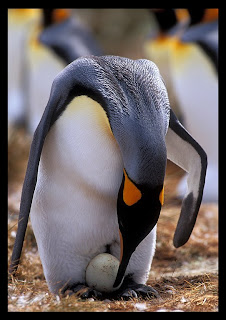 CJ's event? It's a bit like a child's birthday party. It's their party all right. It's their big day. But it isn't entirely them who organised it. And it isn't really them in charge.

In truth it is, in some part, a networking and publicity event for Ray. For which CJ, in his stated capacity as ECF President, is selling tickets.

Which means in practice that the ECF is working for the Penguin.

[passages quoted are excerpts from emails, which are not generally given in their entirety]
[Ray Keene index]
Posted by ejh at 7:55 am

I don' know CJ - I didn't get where I am today by watching Eggheads - but he seems like a decent chap and has obviously done a good deal of sterling work as ECF President. I'm quite sure he didn't intend anything untoward with all this.

What I don't understand is why make a big deal about this being a private event and nothing to do with the ECF in the first place? I know CJ was funding it but why not just say I'm personally underwriting the costs of this shindig for the joint benefit of the ECF (and sundry others)? Seems not unreasonable to me.

Blurring the lines as he did does seem rather unfortunate if, as I say, probably unintentional.

Probably unintentional but remarkable nevertheless, since I would have thought that anybody who had the stated intention of acting in a private capacity would do their best to ensure that they not only did so but were seen to do so.

I don't entirely get it myself, since if this is simply a Karpov/English chess fundraising event the ECF, having decided to back Karpov, would have every reason to support the event officially. What they have no business doing is organising and selling tickets for a publicity event on behalf of Ray Keene, which is what they are actually doing. (I might note that failure to observe the line between one's private interests and one's official role has been a little too common a theme in Ray's career.)

Meanwhile, my attention has been drawn to Ray's Chessgames page in which we can find, just this week, the great man discussing this event:

i am helping cj de mooi to organise it

Has anybody told CJ this?

Whilst I have never met CJ and don't know much about him besides what I've seen on the English Chess Forum, I'm, like Jonathan B, sure that nothing sinister is on the go here.

However, if I was an outsider, looking at the Chessbase page for example which carries info and a copy of the official invitation, I would 100% assume that the event was an ECF sanctioned and run event. This, despite the lack of an ECF logo. Why? Simply because CJ is labelled as the ECF President in the very first line - not Egghead CJ de Mooi, or prominent businessman CJ de Mooi, but Enlgish Chess Federation President CJ De Mooi - and because the address to contact him at, is his official ECF Presient one, not his persoanl one (and ejh makes a good point that a temporary personal one could have been set up for the event).

The ECF is backing Karpov (as am I, if I had a vote!), so it could surely have been involved in some way? Would this not have made sense? It does, sadly, appear that the lines have become somewhat blurred, which I'm sure was anyone's intentions in the first place.

But given the ECF's current state of affairs, and certainly recent way of doing things, surely transparency is what's needed and everything remotely connected to the ECF needs to have all it's T's crossed and it's I's dotted.

If you feel so strongly about this why don't you debate it on the English Chess Forum? There is a thread there on the Staunton Memorial Dinner at http://www.ecforum.org.uk/viewtopic.php?f=25&t=1867&start=45.

I might, at some time: but in general I find this blog a more convenient way of getting my views across in a coherent manner.