While researching these games I made good use of Mike Fox and Richard James’ The Complete Chess Addict (original 1987 edition) and ChessBase’s Big Database 2003. I found a couple of interesting discrepancies between these sources and I’d really like some help to clear them up.

The first is what Fox and James call, “The shortest loss in a proper game between world-class players....” 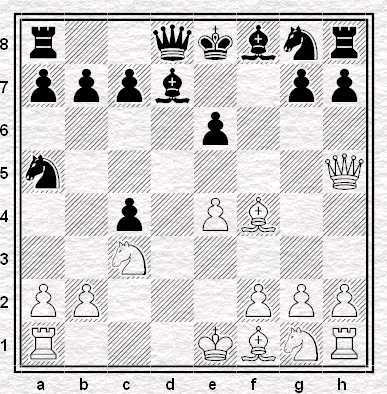 Now it’s quite possible that the ever erratic Chigorin, the patron saint of chess players, could lose like this. It’s just that ChessBase say he didn’t throw in the towel on move 8 but struggled on another dozen moves. ChessBase, by the way, also reckon it was 1902 not 1903. 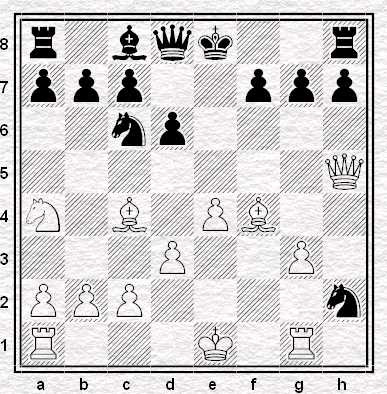 Now F&J make no claims about this game but if it really did end at move 10 this must be a contender for shortest ever loss by a World Champion. Again, though, ChessBase says it wasn’t so. They don't have Spassky resigning until move 24. Another minor discrepancy is that CB have Spassky’s third and fourth moves the other way around.

So can anybody help me sort this out?
Posted by Jonathan B at 3:42 pm

Chessgames.com has the 24-move version of Lieb-Spassky. As enjoyable as the Fox/James books are, they may not be the most accurate sources. And as I commented on your earlier post, masters (and Grandmasters!) like to prolong games where they blunder early, in hopes of making them less publishable. Even Capablanca once blew a piece before move 12, and didn't resign until move 62 (v. Samisch at Carlsbad, 1929).

I wonder what Samisch thought about that?

Thanks for that Warheit. I think you're right about F & J.

As for what Samisch thought... well what ever it was he probably thought about it for ages. I read once that he once went through a 13 round tournament losing every game on time. Mind you I also read that in F & J so perhaps that's not true either!

Hello and many thanks for your comments.

I'm sure you are quite correct. In fact Chigorin didn't play at Monte Carlo 1903. I'm not not sure of the original sources (Mike was responsible for this section and he's sadly no longer around to ask) but I would guess this was taken from a Chernev book or something similar.

I have a vague recollection of the Spassky game being published in CHESS at the time.

If I ever do a new edition (there are several publishers interested but I'm too busy with other projects at present) I'll bear this in mind.

To the best of my knowledge the Saemisch story is true - at least it was reported as such in the BCM at the time.