The Soul of Wit

A week or so ago, we heard of Anand’s six move Petroff disaster from Biel, 1988. 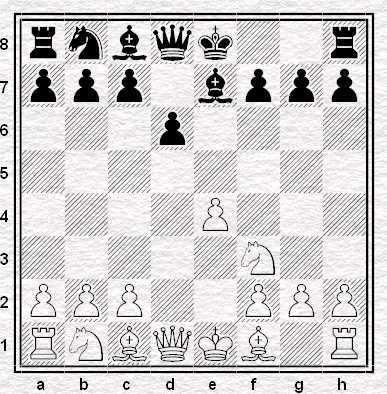 According to Cafferty and Hooper (A Complete Defence to P-K4 2nd Edition, 1979), once Tarrasch picked up his d-pawn Alapin assumed it would be moved the usual two squares forward and played his next move accordingly. “As a curiosity”, they said, “it may be quoted as the shortest decisive tournament game between masters”. We'll be hearing more about that in later posts.

Wikipedia reckon Alapin was, “… one of the strongest players in Russia in the late 19th century”. Not in Anand’s class, perhaps, but still pretty good to be losing in such fashion.

I'm familiar with Anand's disaster, but I've never seen this corker from Alapin.

It just goes to show that the adage 'to err is human' is so very true.