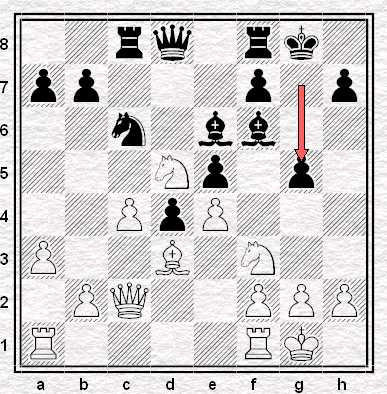 Last week we were imagining ourselves into the unique chess world that exists inside Robin Haldane's head.

Happily, in response to popular demand, Robin has agreed to publish the game in question - though still modestly downplaying any particular achievement on his part.

Robin says of the [to my eyes rather alarming] pawn thrust ,

"... my logic behind playing g5 was that it gave a safety square for the bishop on f6, allowed the manoeuvre Ne7 followed by Ng6 and prepared a possible g4 or maybe a later Kh8 followed by Rg8."

He goes on to note that it might be thought he was "recklessly putting [his] king in danger" although this is clearly a consideration about which he cares not one jot.

Anyway, here's the game but remember kids, don't try this at home - It takes talent to play like a maniac and not end up looking like a complete eejit.

He is Haldane. You, unless you are Magnus Carlsen, are probably not.

PS: Tom conducted the first chess club lecture at the Library last night. More on this next week.
Posted by Jonathan B at 1:42 pm

...g5 is actually a typical modern lunge of the type detailed in Watson's 'Secrets of Modern Chess Strategy.' It may even be Black's best move!