What's in a face? 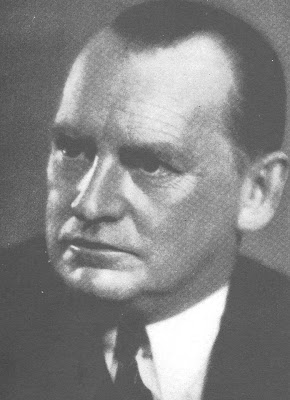 If you google the question What's in a face?, you will quickly find psychological research showing that the first impressions we form of other people's personalities, just on the basis of how they look, are generally more accurate than mere chance would allow. Just how they look: not how they move or talk, or how their expressions change; the sheer physical fact of our faces says something of our personalities, the research says.

The reports of mystics and poets from down the ages go even further. There are those that say they have glimpsed whole lives written on the features of a person's face, from just a one second glance. One chance look at a person, they say, and they gather everything up that counts. Her childhood spent cooped up in a cramped Venice flat; the teenage depression and withdrawal from the dry familial rituals of her dull parents; the longing to voyage beyond the city and its canals; the dashing stranger who bouyed her out of the blue with dewy roses by the fountains one day, and sailed away with her the next; the houseboat on the Oxfordshire Thames she shared with him; the terrible accidental drowning of their first child, the divorce that almost dried her spirit to a desert . . . All that in an instant - all that from a single glance at the woman, now sixty, sat quietly in a random London coffee shop, a little tear once again drying on her wrinkled cheek. All that, the poets and mystics say, all that they can see in just one look.

Who knows? Maybe, maybe not. But - I wonder - is this sort of intuitive visual connection something good photography might actually conjure up for us? Consider, for instance, these recent and justly-praised photographs of chess players by Fred Lucas. Do we glimpse the characters of some of the players from them? An arrogant young man here, there an old-timer determined still to swing his punches; attitudes of hope, determination, grittiness, dreaminess?

Well, dear readers, I wonder if you will help me test all this. At the top of this post is a portrait photograph of a famous chess player, which you can click to enlarge to get a closer view. Of course, some of you will recognize him, some of you will not - but what I am interested in, is what do you think you can you infer from his face? Is he burnt-out and at the end of his playing days, a wounded lion about to recover his pomp, a canny old hand taking young pretenders to the cleaners? Is his style crystal-clear, elegant, straightforward, light; is it complex, heavy, confusing; is it humorous, quirky, original; is it pragmatic, perfectionist, lazy, dedicated, circuitous, direct?

I would be interested to know your thoughts via the comments below - to see how they measure up against his actual personality and playing style. Incidentally, I have seven more similar photographs. If this post gets a fair number of responses, then I will repeat this exercise with more photographs. If not, then I will probably post them up one obscure Sunday afternoon, safely tucked away as if in a forgotten gallery, silently waiting for on-lookers to talk about them once again, one day.
Posted by Tom Chivers at 9:46 am

No longer the young fighter, but still strong and vital, burning with desire to dominate every opponent, but his arrogance and sureness of his tremendous strength is his only real weakness, resulting in his the occasional defeat when the opponent doesn't crumble before the onslaught.

To be fair, I know a good deal about him and the record, but tried hard to just judge what I see in the photograph.

I think it's hard to comment without writing an essay on the problems of judging character from portraiture.....

Yes, it's hard to comment and I’m somewhat confused.

Whoever it is in the photograph - and I think I know although I'm not certain - looks pugilistic and put upon to me.

It's not true, then, that a person's personality reflects that of their dog? (Or, more scientifically: here.)

I like it when my first impressions are confounded in a positive way.

Of course, there's another question: how much of a chess player's personality is reflected in the way they play chess? Ha ha ha...

i see a man thinking about where his next gin and tonic is coming from.

Of course, there's another question: how much of a chess player's personality is reflected in the way they play chess? Ha ha ha...

That last question's a good one: for my part I'm quite sure my intellectual and personal strengths and weaknesses are reflected in my chess. But as it's hard to define them and still harder to isolate them in your chess and to demonstrate that they're particularly prominent, it's even more problematic than the original question.

Incidentally, I asked a Philosopher her at work what he thought of the man from the photograph; aggressive, he said immediately, which fits Alekhine's chess style I think. I tried him on the other seven photographs: four of his comments were more or less fitting, two wrong, one sort of mixed.