Nothing, no matter how permanent it may seem, lasts for ever.

Take the FA Cup for example. These days the big clubs can barely bother their arses to field their reserves for cup ties let alone full strength sides. It's not like, picking a year entirely at random, 1976 say, when The Cup Final (the capitalisation being appropriate back then) was very much the pinnacle of the season.

In those days, of course, the cup final was probably the only game you could see live on TV all year - World Cups and the odd appearance of an English club in a European final being the exceptions. It's not easy to get worked up about it today when there are any number of games shown in their entirety every weekend. As hard as it is for my generation to believe, the FA Cup just isn't important anymore.

If the cup final has already drifted into irrelevance then it seems chess adjournments are going the same way. Over recent weeks there's been a debate as to whether or not quick-play finishes should become the default option in the London League and I think it was Justin who suggested that regardless of the outcome of the current discussion the change was probably inevitable in the long run.

It certainly seems to be the case that in this computer age adjournments are more and more likely to be be seen as a 'bad thing' but it was not ever thus. Polugayevsky's book Grandmaster Preparation (Pergamon Press, 1981) contains a lengthy chapter devoted entirely to adjournments during which he makes clear his belief that the analysis of adjourned positions is essential for the development of a strong chess player. Even back then, however, the old Russian was bemoaning was the increasing pace of chess life,

"... in recent years international tournaments have been run more and more frequently on a severe schedule, whereby between the main session and the adjournment session one and a half hours to two hours are allotted 'for everything': eating, relaxation and analysis. It hardly needs to be said that frequently one doesn't even have time to remember about the first two components...."

I wonder how he'd find the modern game circa 2008 as compared to that of thirty years ago.

So perhaps we must bow to the inevitable and prepare ourselves to bid farewell to the chess adjournment. In the meantime we can at least remind ourselves that it was once thought fundamental to the game. In my favourite example from his book Polugayevsky writes of the many hours of adjournment analysis he devoted to a curious queen against two bishops ending. Once he returned to the board his work allowed him to spend just a couple of minutes on the 24 moves it took to wrap up the game. 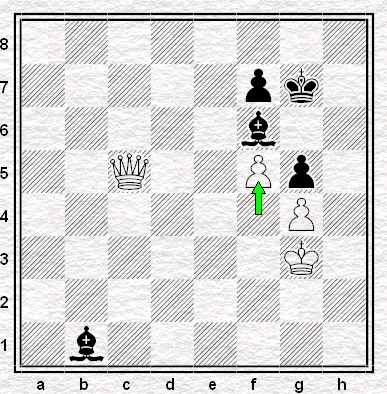 Yes indeed. However rubbish modern life might get books will always be there to take us back to a time when things were fab. Well, books and YouTube.

Meanwhile in Spain the channel which owns the rights - la Sexta - has decided not to show the game. Vile, vile bastards.

I'm sure Oscar Wilde would be able to come up with a quote about both cup finals and adjournments. I can still remember Cup Final memories, vaguely from 1974 (Liverpool-Newcastle) but mainly from 1975 West Ham-Fulham onwards. It was an all day event back then with Cup Final Mastermind and It's A Knockout. Home Internationals were also quite an event, with England-Scotland being shown live (5-1 was some game). Been to 2 finals myself, 1984 Watford-Everton and 1993 Arsenal-Sheff Wed (that was a corporate freebie- sorry ejh!).
As for adjournments, I think they are still very useful for improving at chess. One year I had 3 adjournments where I put in 30+ hours on each one. It was no coincidence I feel I went up 20 BCF points that year.
Are you showing solidarity with new "friend of Steatham Blog" Welsh GM Nigel Davies, Jonathan?
Anonym....er sorry, Andrew Stone

My first Final was 1971. I saw them all for nearly three decades. Now in the age of worldwide communications technology I can't watch the game, nor get sound to work for the internet commentary, nor install any of the downloads to watch it live on internet channels.

Never been to an FA Cup Final of course, though I did once go to the same League Cup Final as Robin Haldane.

I was at the 1975 West Ham v Fulham final (ex girlfriends dad was a FA official) and at the 2006 West Ham v Liverpool final (now a season ticket holder). Both were great occasions.

In the old days all those Soviet World Champions got their GM seconds to do the adjournment analysis for them.

So actually, not much has changed, really ...

Six comments in... am I imagining things, or shouldn't the White queen be on the c-file and not the b-file in your displayed position? Otherwise I don't think White would have needed adjournment analysis...

Campion - you're right. Our thanks for the correction: I've corrected JB's diagram.

Yes - thanks for pointing that out. I think I was bit overfocused on the cup final (not that it's important anymore of course)

That guy - aka 'the biggest nobhead in the entire world' - was banned for life from The Dell following an FA Cup tie in the mid 90s. A game Southampton won 3-0 (back when such things mattered)