What happened next II 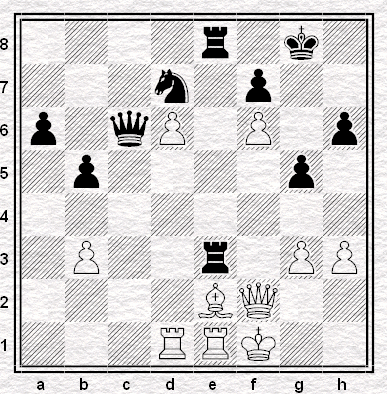 
[Matulovic claimed] that he was merely adjusting the pieces on the board (J'adoube). His opponent, Hungarian GM Istvan Bilek complained to the tournament director, but no action was taken. The game ended in a draw. After this incident, Matulovic was given the unflattering nickname of "J'adoubovic".

[* = Clayton has the move numbering wrong here, but the account of events is, I believe, otherwise accurate - ejh]
Posted by ejh at 8:30 am

Out of interest, how did Matulovic's career progress after this incident? Is he still around?

Matulovic? Dogmatic scum. He hated my lord and saviour Duncan Suttles, therefore I can't find a single good thing to say about him. He would regularly explode when confronted with things that diverted at all from his perfect bloody super-shiny 'classical' chess. Witness:

Still playing according to
http://ratings.fide.com/tourarc.phtml?codt=26&field1=900362

He was involved in another incident at the next Interzonal. In the last round, he was playing Taimanov who needed a win to qualify for the Candidates' matches. By all accounts, he took the game very casually almost as if he intended to lose.

At about this time it was reported that he was going to be locked up - not for the J'adoube incident but for dangerous driving. It cannot have been for very long since he was a very active player in the early 70s.

(Sorry to Morgan and RdC for the amount of time it took to moderate their comments today: just for once all three of us must have simulataneously had a busy day!)