The Worst Move On The Board VI 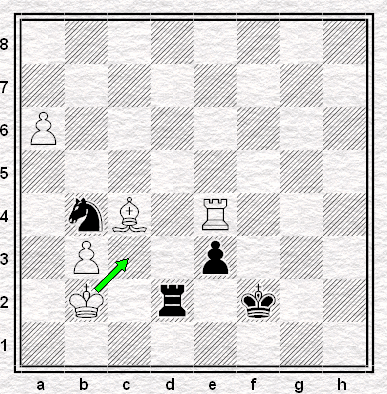 Tringov v Gheorghiu, Bulgaria v Romania 1971, the position featured in our What Happened Next? series on Tuesday and Wednesday. Tringov must have been nine moves short of the time control then in force - surely he can't have been in time-trouble? Not in a game he believed was fixed for him to win.

Either way the move he found a move was even worse than 48.Kc1, and indeed worse than any other move he could have played. But at the same time, a move of sufficient quality to rate with any other in our series. Well done.
Posted by ejh at 10:00 am

Am i the only person who thinks this is partly Tringov's fault. He allowed mate in one! Wouldn't do much for G's reputation to miss it. And the temptation! Difficult to resist.

I think it's more than partly his fault for making the arrangement in the first place.