Close friends already got to call him T.C. but now along with everybody else, they also get to call Tom Chivers 'Streatham & Brixton Chess Club Champion 2008'. 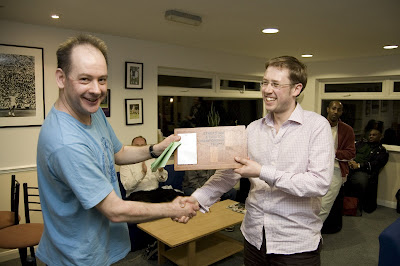 Last week we left things at the halfway stage with Tom in third place behind Alexey and Angus who were both on a perfect 3/3.

Two games later he was in the lead and facing a last round showdown with 2007 champion Robin Haldane. On board 2 Adam survived Angus' Haldane Hack to reach 5 out of 6 which left Tom needing to win with Black to avoid a play-off for the title.

Fittingly, the top board clash was the final game to finish and the tournament ended with Robin, artist to the last, weaving a mating net around his own king as Tom's pawns marched down the board.

This year we also had a number of prizes donated by Andy Thake. Dean won the chess computer for being the highest placed library club player with a very creditable score of 3.5, 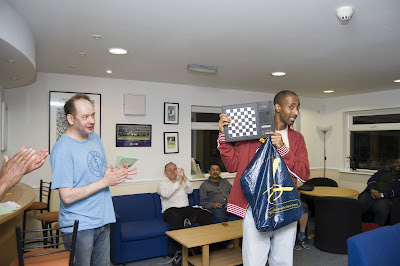 with Adam, Martin, Angus, Jan, Mohsin, Zornitza and Mark picking up books from the Thake collection.

So it was Chivers wot won it. Perhaps it was not so surprising - the club championship capping a remarkable year for him. Aside from victory in the mid-season rapidplay (with a perfect 6/6 no less) Tom has out-performed an already respectable grade by some 20 to 25 points in club matches this season. The secret of his success? I couldn't possibly say, although those searching for a clue might want to check the video at 1:13.

Anyway, well done Tom, well done everybody who took part, and thanks once again to Vad for the taking the pictures - just click on them to see the full-size versions - and Angus for organising the whole thing. I'm already looking forward to the next one.

Vad - photographer and leader of the Tour de France 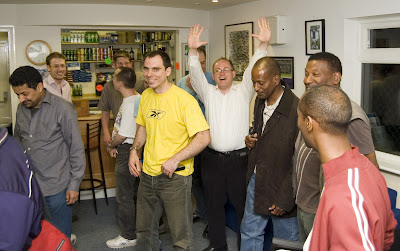 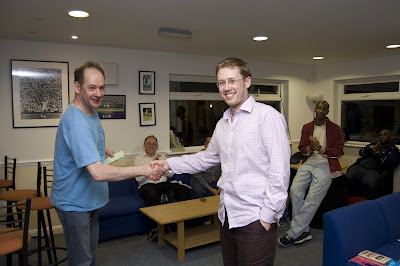 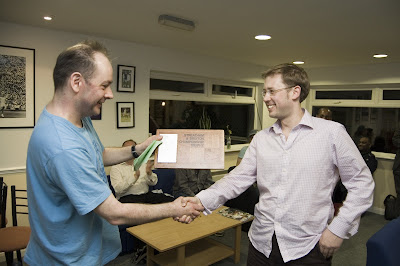 The present author, and several of his chins, at work 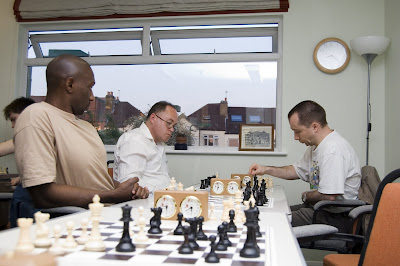 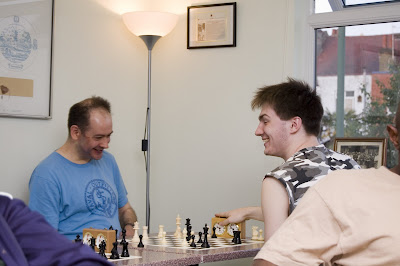 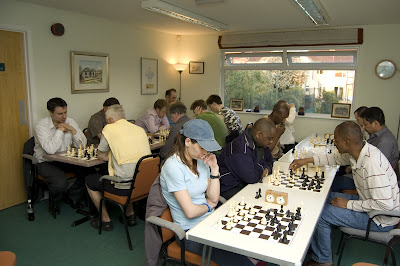 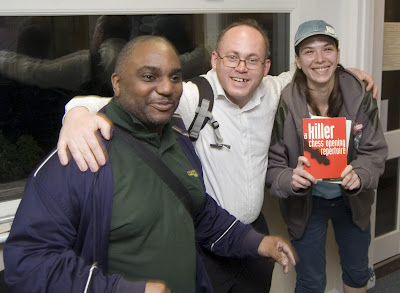 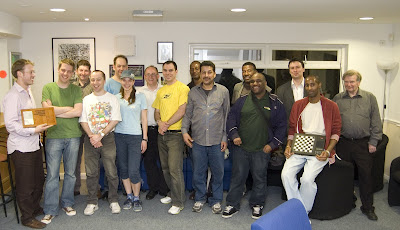 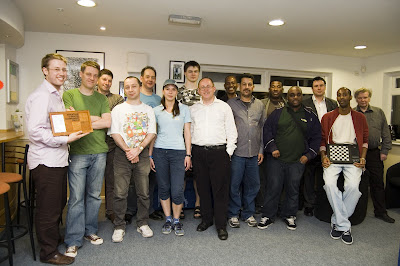 TRULY heartwarming photos. such joy! Lovely. Thanks, David K in Seattle, nice to be back to your blog again, and RSS feed finally added :)

Could be a great week for Tom, then, what with the Cup Final and all.

Good effort Tom! Another year like that and the magic 200 beckons!
Andrew

Thanks... Got a feeling I'll spend next season getting taught lesson after lesson by 180s and 190s though, Andrew!

i fell asleep playing with angus!

You should try playing me, it happens all the time.

Actually I'm not kidding: FM Mordue appeared to fall asleep right at the end of our game here.