Geek Out Overdrive ... to the Max

I have an on again off again acquaintance who within a very short time of our meeting last year took to addressing me as "Geek Boy". While this could not by any means be mistaken for a term of endearment I don't believe it was meant to be particularly unkind. The intention, I think, was to be descriptive rather than judgemental but in any event I have to concede she has a point. 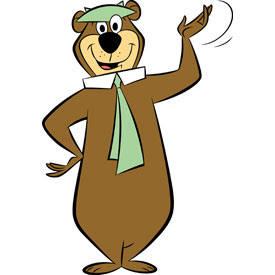 We may not all be loner serial killers but chess players, let's face it, are not generally seen as dripping with social skills. An unfair stereotype? Perhaps sometimes, perhaps often, but am I alone in letting my inner geek run free a little more frequently than the average bear? It's fair to say that some of the ways I like to spend my time when not playing our favourite game could, if portrayed in an unfavourable light, be considered a little nerdy.

Even within the context of a rich seam of geekiness available to be mined in the hobbies I find myself attracted to, if I were in the mood to be honest I'd have to admit I do tend to dig somewhat more deeply than is strictly necessary. However much T.C. might think playing Sicilians would improve my chess, in my eyes the (alleged) thrills on offer could never compare with a good Exchange French. Similarly with science fiction I can't help but feel there's nothing in modern TV or film that will ever match Blake's Seven (GOO, GOO II, GOO III) let alone old school Doctor Who.

And then there's magic. 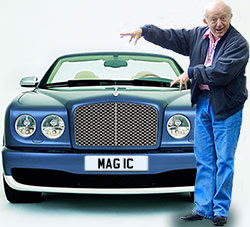 For a few years now my interest in the dark arts has been pretty much limited to hunting down old and slightly obscure magical texts. It's not so much of a challenge these days - the combination of the expiration of copyrights, pdf reprints and the internet mean you can, in the unlikely event you are so minded, get your hands on all sorts of stuff without any difficulty at all - but it keeps me busy between chess commitments.

Why am I telling you all this? Well, last weekend I discovered an Al Mann manuscript for sale with the intriguing title of "The Knight's Gambit". 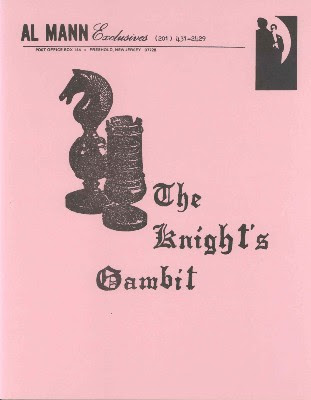 The blurb promises "mentalism using chess pieces" employing "a method that plays on words and by which miracles are wrought!"

At $30 for 13 pages of unspecified size the booklet doesn't come cheap and what little I know about the author is not reassuring. It seems that 1976 found him,

" ... beginning a long career in the churning out of mentalism product for the moneyed faithful."

" ... constituting roughly a third of the mental literature for [1977] were eight more monographs by Al Mann, setting a pattern of rising prolificacy and prices that he would maintain for years to come." *

Stephen Minch
Prologue to 'PRISM: The Color Series of Mentalism' by Max Maven

Yet still I'm tempted to buy it because I'd really like to find out what's in it. True it's not likely to earn me any brownie points with the OAOA acquaintance but I think she'd enjoy gaining a bit more evidence for her thesis.


* He sounds a bit like Raymondo don't you think?

Oh, ya *gotta* buy it! If it turns out to be shite then photocopy (it's only thirteen pages, right?) and sell it to Chess & Bridge or Davenport's.

I'll have a think Morgan.

Meanwhile, if you want to see *proper* entertainment ... Derren Brown is on the TV tonight. Around 10pm if memory serves.

For some reason, I have never been able to see the words "mentalism" or "mentalist" without thinking of the epithet "f**king mental". This is probably due to a misspent youth reading Trainspotting rather than the classics, mind.

Do I detect a touch of the cyncis EJH?

There was a guy who showed up at our club who could read the mind of his opponent. A true mentalist. It wasn't such a clear advantage, though, because he was reading the mind of a club player.

I should write a book about that, I'm sure it would run to about 13 pages. Probably call it "Secrets of Chess Mentalism". Unfortunately, he never told me the secret, but that title would still sell, I bet.

Do I detect a touch of the cyncis EJH?

Not at all, it was a Derren Brown hommage (the London Eye routine).