Our mid season rapidplay tournament has now concluded so well done club president Angus French for a fine victory. Angus, who apparently was not hindered in the slightest by the additional responsibilities of both organising and running the event, ended up unbeaten and top of the pile thusly ...

Total lack of modesty prevents the present writer not mentioning his own second place finish. I should admit, however, that I would have wound up much lower down had the two highest rated entrants (T.C. and Rob T) been able to return for the second week and I'd not benefited from extremely fortuitous wins against both young Martin Smith (fifth) and Chris Morgan (third equal).

My game against Chris involved me wandering into a pet line ... 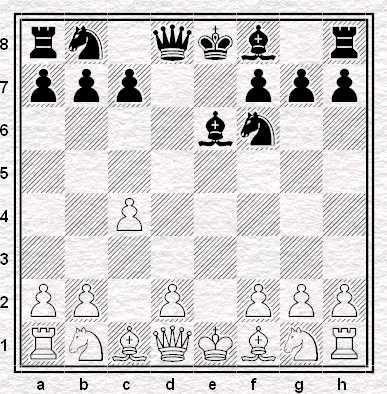 ... and my heart sank when I recalled that in Chess for Tigers Simon Webb uses this precise opening as an example of the best way to play in quickplay games. Get as much activity as possible and don't worry about sacrificing material was his advice. Especially if it's just one measly pawn I suppose.

Webb illustrated his argument with Sokolov - Speelman from a Spanish rapid play match at the end of the 1980s. I vaguely remembered that Sokolov got stuffed after playing 5. d4 so I tried 5. Nf3 instead but in short order found myself on the wrong end of a very bad kicking nevertheless. Chris thoroughly deserved to go on to win but somehow let me slip out of trouble. I'd love to show you the whole game but Spess's win is infinitely prettier so here's that one instead.

In general, if you don't want to play that sort of game why not play 3.Nf3?

Probably should have done. I used to play 3. c4 in my wild and reckless youth. People tended to respond with ... c6 back then and I could get into a Panov-Botvinnik attack.