The Apprentice is back tonight: the best part of an hour of shouting, sacking and bullying for people who get off on that sort of thing.

I imagine there will be lots of invocations of "hard work" as the foundation of success, a principle not necessarily applicable to the PR for the show which is in the best traditions of the lazy invocation of chess in contemporary journalism, seeing as the list of contestants includes one James McQuillan whose puff describes him as a "football referee, sports fanatic and former child chess champion". How much of that is true, I wonder? The reffing? Probably. The fanaticism for sport? Quite likely. The child chess champion? I'd like to be convinced. Mr McQuillan suffers, he tells us, from "foot in mouth syndrome" and I wonder if this may not be more true than he imagines.

The "child chess champion". I don't know that we've seen this one rolled out since Andrew Flintoff helped win England the Ashes, something neither he nor they are likely to do again this summer. Freddie, you may recall, was described to the wondering world as having been, when at school, a chess champion in Preston. Or maybe he wasn't. Maybe he just played for his county as a schoolboy. Or was a "top player at school". Or maybe, when anybody tried to find out anything specific it proved harder to locate than a duck in Basil Fawlty's trifle. 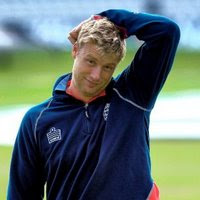 "How does the horsey move again?"
PR monkey see, PR monkey do. PR monkey see "chess", PR monkey write "chess champion". (At least they haven't described him as a "prodigy", an all-too-common touch. Or at least they haven't yet.) Still, PR monkey not that dim, since PR monkey well aware that every hack in universe will copy it out without bothering to ask, or check. And I suppose every hack in universe isn't so stupid either, since nobody's going to know either way and nobody's going to ask them. Or nobody except a chessplayer. And a chessplayer, by definition, is a nobody.

"Of course it's crap but so was the Amstrad"
Well, nobodies though we are, let us ask, given that to my knowledge, nobody else has. Is there actually the slightest evidence that Mr James McQuillan, former child chess champion, has ever been champion of anything or anywhere, when a child or at any other time? I've never heard of him, and chess is a very small world indeed. Can anybody put me right? To be fair, Mr McQuillan is 32 - it says here - and it he had been a child chess champion it would have been a long time ago, before anything would ever have appeared on the internet. Which is just as well, because if you Google "James McQuillan" chess nearly all the references are to the claim Mr McQuillan is making and none of the remainder give us any reason to believe it.

I'd like to believe it, though. I'd like to believe that believe that this wasn't just another example of "it's-only-chess-so-we-can-make-it-up" and that Mr McQuillan had ever been chess champion of anything, anywhere. Or, shall we say, anything that would be considered an actual champion in any other field of sporting endeavour, since I have a suspicion it will turn out that he was, indeed, champion of class 2B when he was thirteen. So it would actually be true. Or sort of true. Or true as far as it goes. It just wouldn't go very far.

Maybe if Mr McQuillan goes far enough, somebody could ask him.

Heath Ledger "could have been a Grandmaster" according to the successful post-death Oscar public relations campaign done on his behalf. Apparently Ledger played school chess in Western Australia (unconfirmed).

Well, at least McQuillan hasn't written a book claiming he coulda been a (chess) contender, unlike a certain John Healy.

Talking of the latter, and with reference to his previous appearances in this blog, was anyone able to recall any significant tournaments he won? Or any strong (say BCF 180+) players he beat in a serious game?

On the English Chess Forum thread: Richard links to here and the claim

"in fact I ranked 21st in the UK’s league of young chess players when I was nine years old".

So he's 20 places away from being a champion then?

Of course, I could be a grandmaster too. You never know.

Will you be recording fact or fiction?

Alu: I recommend you wait and see. Until then, perhaps today's posting could be the topic of this comments box.

Much against my better judgement I have joined The Apprentice group on Facebook and initiated a discussion on the subject of James McQuillian. I think it was I that kicked this off on the EC Forum also.

Ugh, The Apprentice: is there anything more poisonous? My objections are based not on the fact that, as with Dragons' Den (since when have dragons lived in a den?), they render the crooked and vacuous uber-cuddly. As Eugene Van Erven wrote in the context of radical European theatre, it is a good thing when 'the capitalist oppressor is shown to be fallible like everyone else', because then 'the imperialist empire that they have constructed is human made and... can therefore be destroyed by humans and replaced with a more equitable society.'

No: it is the inherent reductiveness of both programmes that is the problem. By virtue of being televised entertainment, The Apprentice and Dragons' Den boil business down to something straightforward and episodic. Contracts are won and lost within minutes; deals are made, never to be spoken of again, with a mere handshake; obscenely-paid executive jobs are secured in a matter of ten one-hour slots On BBC One. The throat-cutting and shit-stirring that is the rule not the exception of the business world is either sublimated or ignored.

But is it not more apparent than ever that money qua money is not, as Jon Stewart put it recently, 'a fucking game'?

I think it was I that kicked this off on the EC Forum also.

It was, John! (I didn't think of looking in the Junior section, that's how I missed it...)

is there anything more poisonous?

I've never watched the Apprentice so I can't directly compare the two but there are some aspects of DD that are redeeming I think.

In terms of absurd chess claims, this guy's profile is tremendous.

This guy's is even better.