Angus wins!! Fittingly his was the last game to finish and he won the title by beating last year's champion, the Tom Chivers formerly known as T.C.

A full report follows on Friday but meanwhile ...

Many congratulations to S&BCC stalwart, and multiple promotion winning captain, Chris Morgan who with the assistance of partner Siobhan acquired twin girls on Friday 8th May. 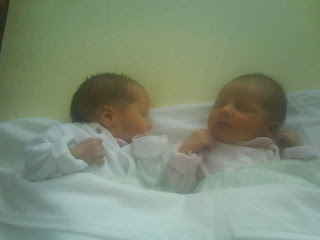 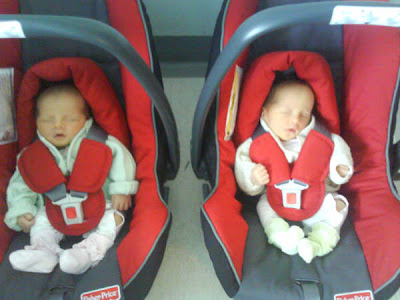 Isn't less than a week old a bit young to be trying out
the new Saw ride at Thorpe Park?

With young Peter going strong too the S&BCC youth section is looking a good bet for an under eight's championship around 2017 or so.

Finally, as a taster to Friday's report, a quick trip back to the Club Championship.

It's well known that anything can happen in a blitz finish. Consider this interesting position from, I think, round 4. 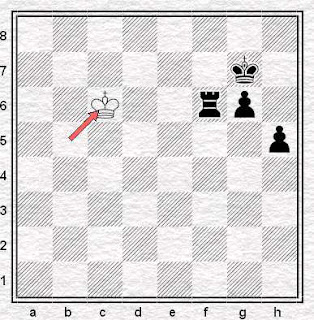 It's Black to follow White's interesting Kb5-c6. Both sides flags are hanging - and not the 'approaching twelve' variety either but the severely likely to fall at any second kind.

So what happened next?

Congratulations Chris, Siobhan and the twins.

Twins: twice the touble, twice the joy etc; and nice little earner in all those "twins reared together/twins reared apart" studies. Register them now to pay for all the days out at the Theme Park.

With Peter, Niamh, Erin and Kiera, we've got enough for a four board team already.

On the subject of Angus's victory over me, I looked up my rapid results today: it was only my second rapid defeat this season (the other being at the hands of Graeme Buckley) and it also terminated a 19-rapid-game undefeated run. Btw, last year I beat the Robin in the final round to win the Championship, with Robin having won it the year before that. This year Angus beat me. Fitting!

Funny old world-- I drew with Graeme Buckley at that 20/20 fiasco last year.

Very many congrats Chris, Siobhan, Angus and gawd knows who else.

So what happened next was ...Rxc6, followed by white's flag fall. The arbiter then ruled it a draw, since white could never be checkmated.

after 1. Kc6 there followed

and Black did eventually mate White in traditional fashion