Chess against the world

A prize if you can name the current world champion.
The offer comes from chess-friendly Guardian journalist Stephen Moss, previewing Bobby Fischer Against The World, which premiered earlier this week in London and which will be showing at various cinemas this summer. 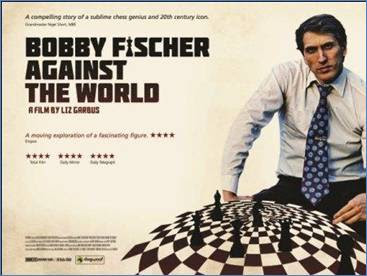 Naturally I sent Mr Moss an email with the subject line What do I win? but I may have been beaten to the prize, perhaps by any number of Indians who know, as I do, the champion's identity. In all honesty I doubt that Viswanathan Anand is quite as famous across the globe as Bobby Fischer was, in his day, and I'm not sure that his life story is quite so interesting to the public as his predecessor's, but even so, it is possible that, measured in millions, the name-recognition gap is not quite so great as Mr Moss might think.

There have been other famous world champions too: Garry Kasparov's name was, and would be, recognised in every continent. For that matter, was Capablanca not famous in his day? Not as famous as Fischer, for sure. But not, perhaps, obscure. 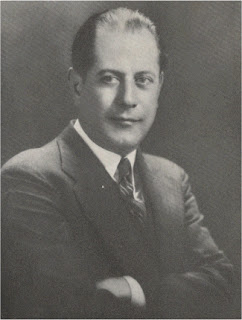 Who?
Shuffling the theme a little sideways, how many world champions of different sports would we expect people to know? Not, perhaps, so many. Who, for instance, is the reigning world badminton champion? The squash champion? The world champion in bowls? All of these sports are, like ours, played and enjoyed by many millions of people, but I have not the slightest idea who is the present-day champion of any of them. I doubt that this marks me out as particularly ill-informed. 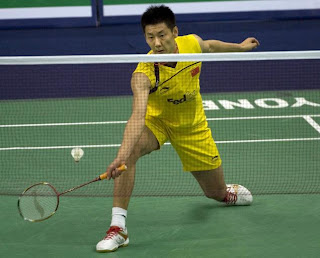 Who?
Now of course Mr Moss' point is not to compare chess with badminton so much as to show that thirty or forty years ago, chess could be compared with motor racing, or with boxing, in the degree of public recognition it had, and that the reason for that was Bobby Fischer.

Well yes. But at the same time, it's worth making the point that there have been other famous chess champions than Fischer: and the point that what is true of chess is true of most other sports. At times, for one reason or another, they have had famous champions, and at other times, they have not. Chess is normal in this respect, as in most others. Chess, certainly, is difficult. But even without Bobby Fischer, chess is not obscure.

[Badminton image: The Hindu]
[Thanks to Richard Tillett]
Posted by ejh at 7:55 am