London League One: versus Hackney

As Martin put it, Streatham & Brixton Chess Club's First Team got hacked up by Hackney last night in the London League Division One. Whilst Andrew won a messy game, and Adam W neatly took apart his opponent's defences, and Robin sacrificed pawns for open lines which he made decisive use of, and Angus & I drew - the tide of the evening turned in their favour on the other boards. 8-4 to them over all.

To add to the misery, I had a winning position in my game on move 14, but didn't find either of the two sequences which would have won. Here's the position. 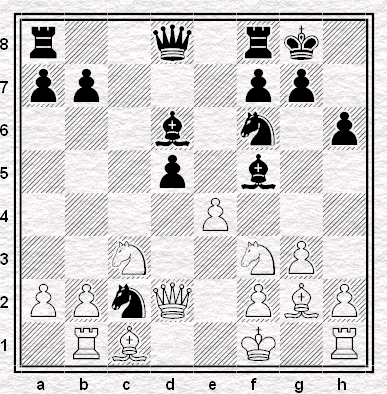