On Thursday last week Streatham 2 faced what looked like a tough fixture in Division 3 of the London League against fellow promotees Wimbledon 2. Yet, we romped home to an astounding 8-2 victory. The team now has 3 wins out of 5 this season - currently a mid-table performance. But with much canibalisation going on - and Albany currently the only undefeated team - it's too soon to say that another promotion is out of the question.

Unfortunately, I recently played my fifth game this season for Streatham & Brixton Chess Club's First Team. This means, I won't be able to play for the second team again this season. But at least I went out with a good result against Wimbledon 2 - winning this game against Chris RA Clegg as black on board 1. 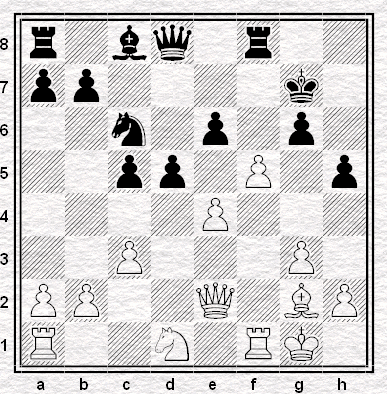