White to play - how should the game go? 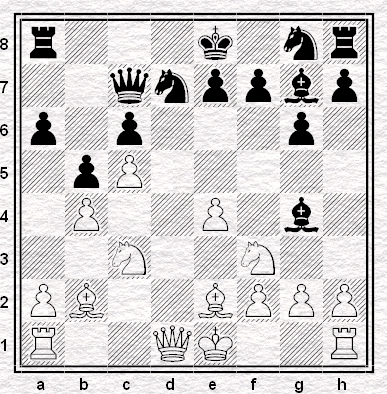 The solution to the recent Black to play puzzle is given by Ruslan Scherbakov in his current Chess Publishing column (though you'll need to be a subscriber to play through the whole game). The game is Bellon Lopez - Norqvist, Stockholm 2006/7: 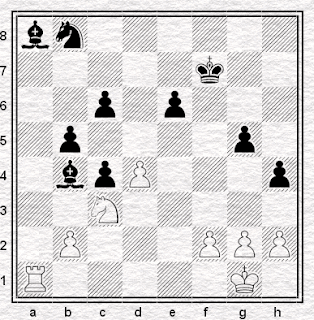 The game is, apparently, a draw with best play. I quote Scherbakov's analysis in full:

After 22. Ra1 Bxc3 23. bxc3 he [Norqvist - ejh] had a fantastic resource 23... c5!! , after which White faced a very difficult task! In fact he had only one move that did not lose the game and it was a rather unexpected one:

No mention of 22...c5, which was the choice of everybody in our comments box: whether this analysis is open to question, it would be interesting to know (as it would to know what check supposedly took place on move 27 - I assume Scherbakov means 24).

However, in the actual game, seeing none of this, but realising that his white-squared bishop was doomed, Black resigned.

The tragedy of the game is in the grades of the respective players. Bellon Lopez, rated 2438, is a Spanish grandmaster, but Black is rated only 2090: lower than the present writer, who has never managed so much as a draw against a GM (although I missed a draw against one at Benasque last year). How many chances does a player of my strength get? But there it was, in his hand - and he missed it.
Posted by ejh at 9:15 pm

ah... the tragedy of the missed opportunity - especially when you miss the result in such circumstances.

That sort of thing can seriously dent your psyche if you're not careful.


As for the White to move problem ... I'm going to have a think and I'll let you know!

BTW:
do you rate chess publishing Justin? I've often thought of subscribing - out of interest rather than practical value (my games are seldom heavily theoretical) - but have never quite got around to it.

Well I use it, but I'm a theory addict.

Well, Nb5 and Nd5 look cracking moves to me.

I think I have seen this position somewhere recently but even without prior knowledge those moves are easy to see. In fact, neither was played as I recall.