What happened next III 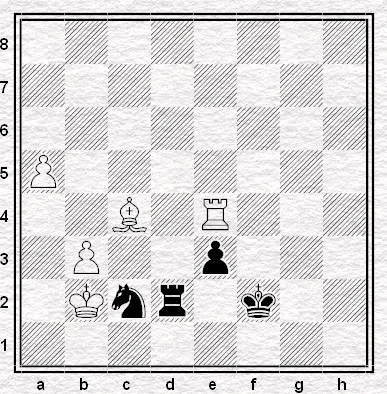 In 1971 in the Romania-Bulgaria eliminator for a place in the finals of the European Chammpionship, on top board...[Gheorghiu]...had to play two games against the Bulgarian grand master Tringov.

Before the match Gheorghiu told Tringov that he was tired....and would like to agree on two draws. Tringov is an amenable person and consented to the deal. After a few moves of the first game however, Gheorghiu had a rather pleasant position so leaned over to Tringov and said that he thought it would look strange if the game was drawn, so why not do things a different way - Gheorghiu could win the first game and Tringov the second. Since Tringov's position was none too happy he was hardly in a state to argue, so the first game duly ended in a win for Tringov. The next game started according to plan, with Tringov getting a fine position from the opening, then a bigger advantage, then a winning advantage, and then....a few moves after the time control had been passed they reached the following position, in which Tringov was White: 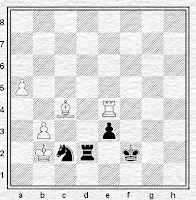 Now Tringov could win easily with 47.Kc3!*but instead he played 47.a6 whereupon Gheorghiu could not resist 47...Nb4+ 48.Kc3?? and now 48...Na2 mate. Because he had turned the tables in this game Gheorghiu had scored 2-0 instead of 1-1 and as a result Romania scraped into the European Finals instead of Bulgaria. Tringov was furious but what could he do?

[* I have changed the original descriptive into algebraic - ejh]

Losing a game that your opponent is trying to lose is fairly embarrassing.

I think though that Gheorghiu could probably have managed to lose before move 40 if he'd set out with that as his sole intention.

Incidentally, I wonder if this game is the root of Hartston's "Yes, I accept your offer of a draw" story in How To Cheat At Chess?

I was wondering the same thing Justin.

Hartston did tell me once before a simul that "you want draw at moof twenty?" was Gheorghiu.